I have been blogging for months that this summer was going to be a disaster for Arctic alarmists, who have been claiming record heat and record low ice extent.  Nature has called them out on their fraud. 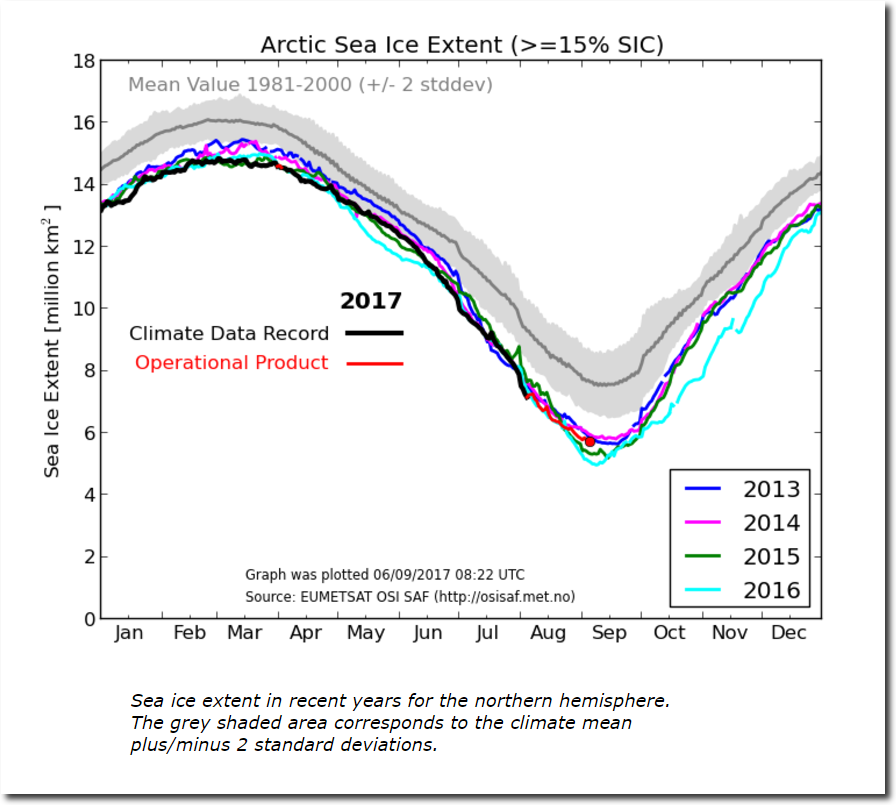