Nobody is more consistent and cynical with their climate fraud than Heidi Cullen’s Climate Central. Now they are claiming that summer is lasting longer in Minneapolis, based on a trend started during the ice age scare in 1970. 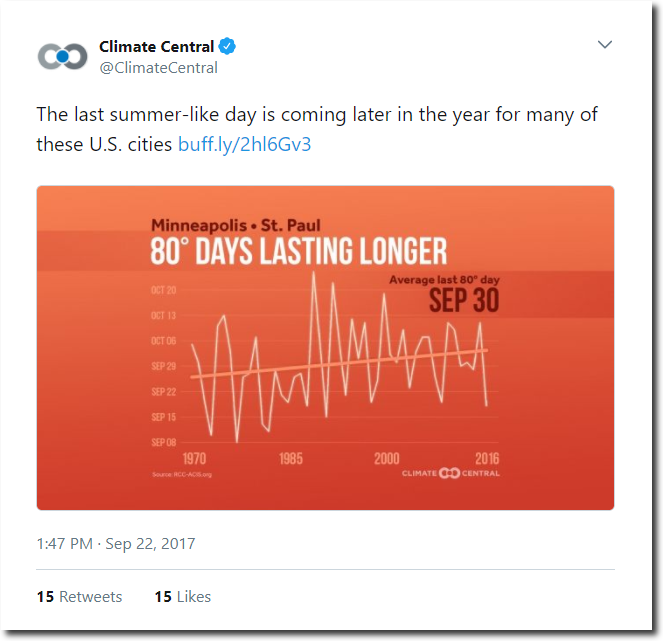 A look at the NOAA USHCN data shows that over the past century, Minnesota stations (including Minneapolis) are trending towards an earlier last day over 80F (blue bars.) 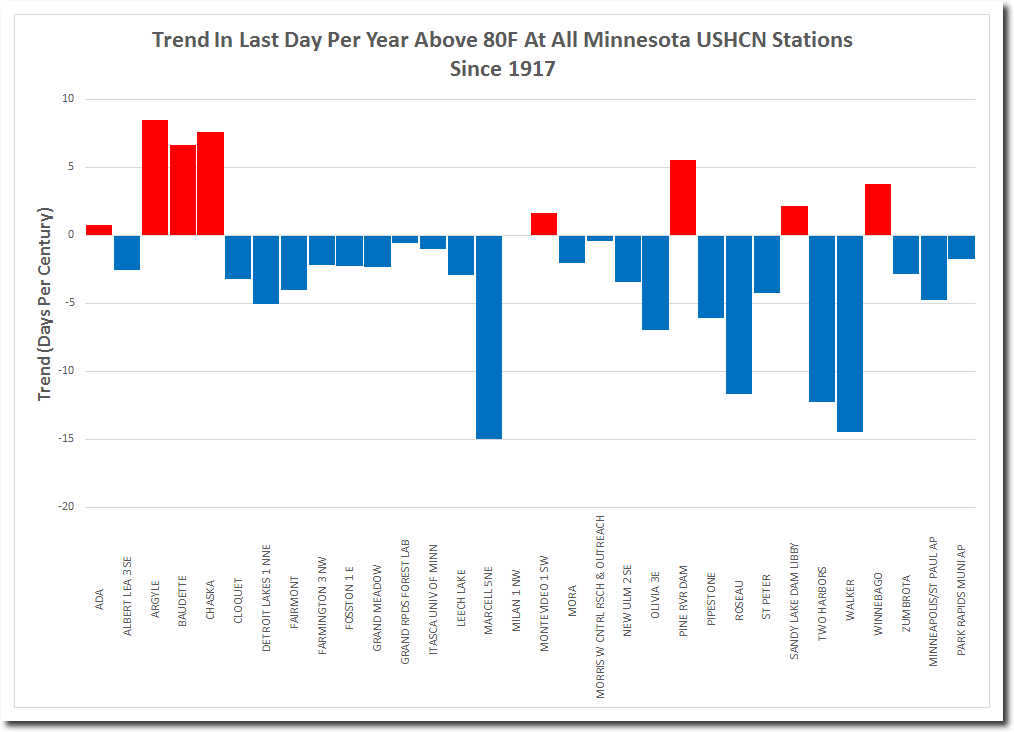 The average last day above 80F for all Minnesota USHCN stations comes about four days earlier than it did a century ago. As always, Heidi started her graph at a low point. and hid the warmth before 1970. Minneapolis was 83 degrees on Halloween in 1950.

And, as always, the story gets much worse. The frequency of 80 degree and 90 degree days in Minnesota has plummeted over the past century. Almost everything Heidi Cullen publishes is fraudulent, and she wants to de-certify any meteorologist who refuses to go along with her fraud. 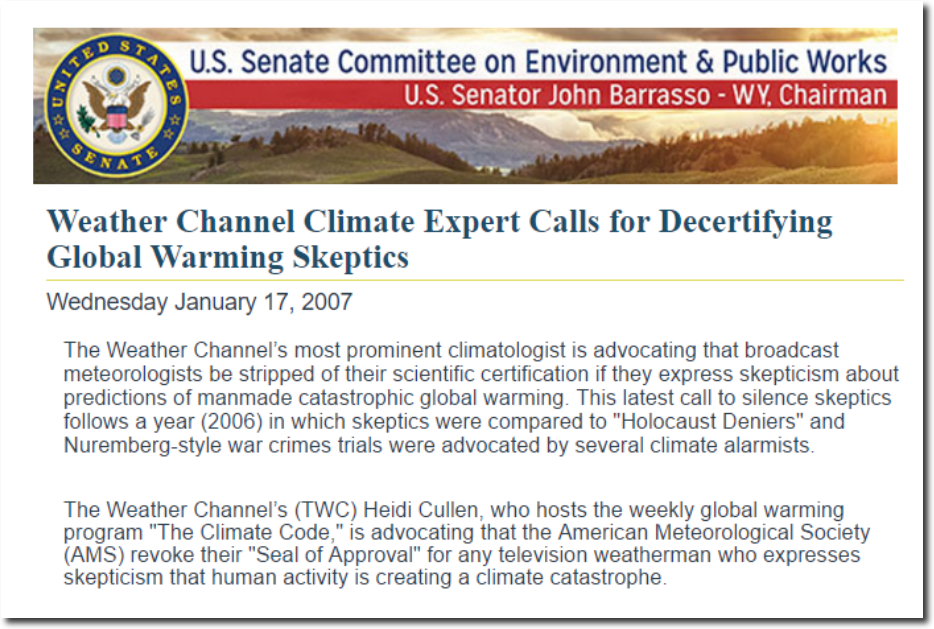