After the quietest decade for US hurricanes on record, we get a couple of hurricanes and the press immediately blames global warming and declares it to be the new normal. 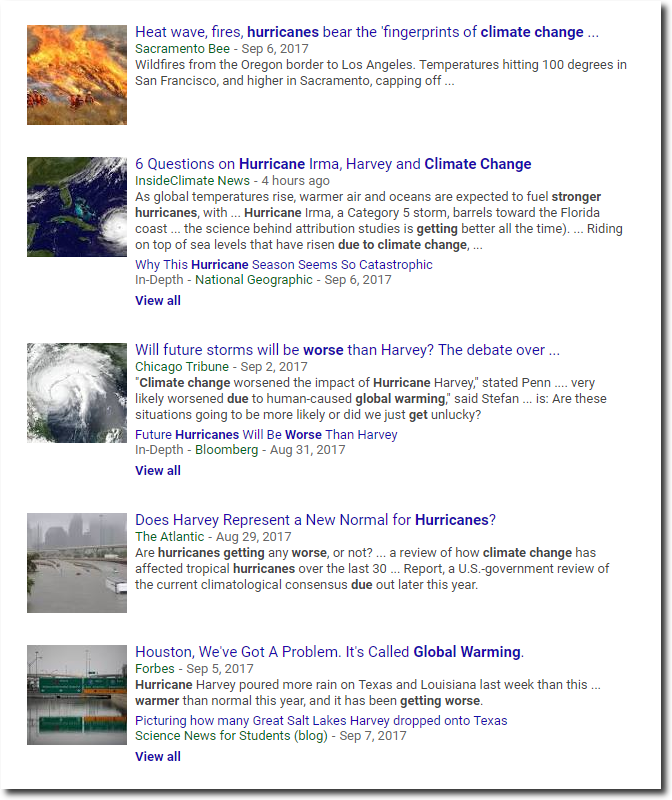 It took me exactly 45 seconds to determine that September temperatures have plummeted at all of the US East Coast and Gulf Coast states, since their peak in the 1920’s. All of the claims from leading climate scientists being quoted in the press are nothing but superstition, lies and utter nonsense.