Mr Prahm, the meeting’s host, dismissed predictions by some scientists that the ice in Greenland, the world’s largest ice-covered island, would melt gradually, causing oceans to rise and flooding low-lying areas around the world, including Bangladesh, the Maldives and some Pacific states. 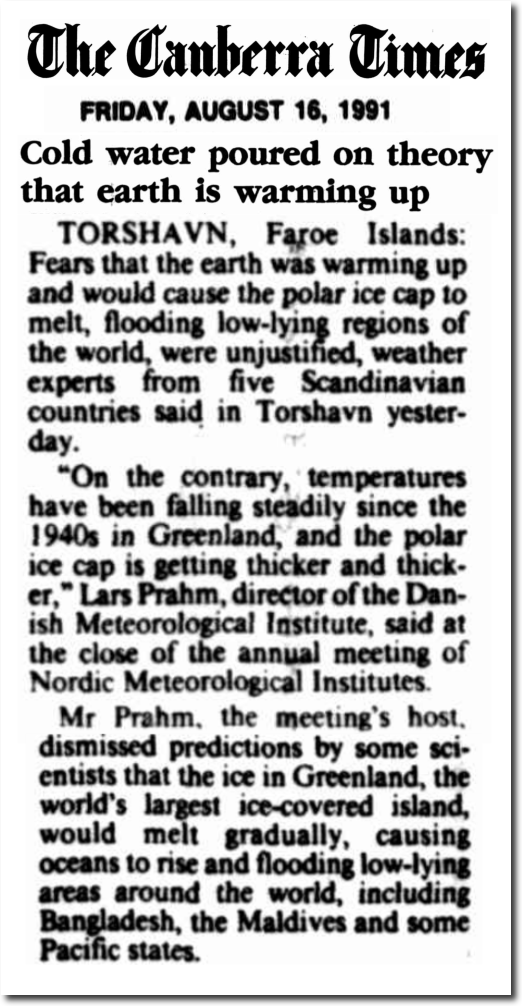 He may have been responding to this wildly fraudulent claim three years earlier.

NOAA climate scientists have since erased all the ice data before the 1979 peak, because it wrecked their global warming scam.

Unfortunately for NOAA climate fraudsters, the 1990 IPCC report documented the data they threw out.

Similarly, NOAA and NASA have erased the fall of Greenland temperatures from the 1940’s through 1990. 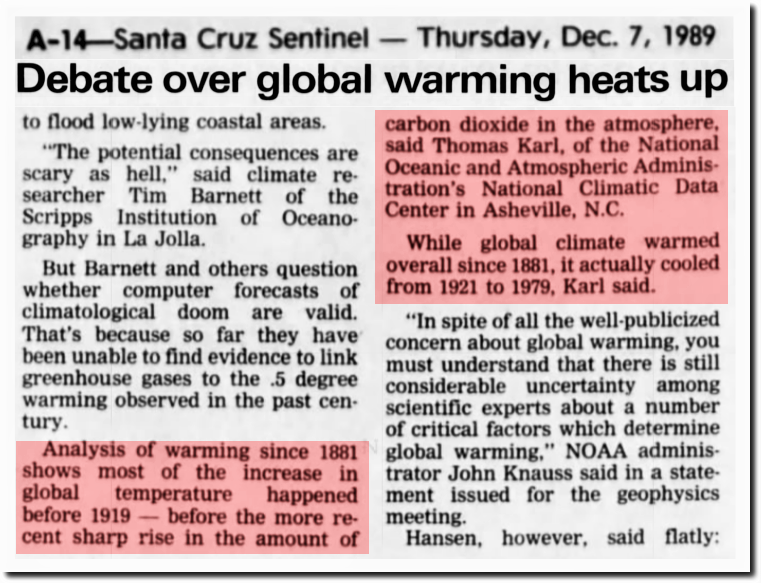 Global warming is the biggest scam in science history, driven by tens of billions of dollars of government money – which has completely corrupted science.