My corrections for the Boulder Daily Camera article below :

Colorado’s gain is France’s loss, said those wanting to drain the climate swamp

the climate grants specifically target climate alarmists and are not open to anyone who promotes factual information about climate. Climate science can’t handle dissent or debate.

Excellent news!  Five of the thirteen climate scientists moving to France are neighbors. 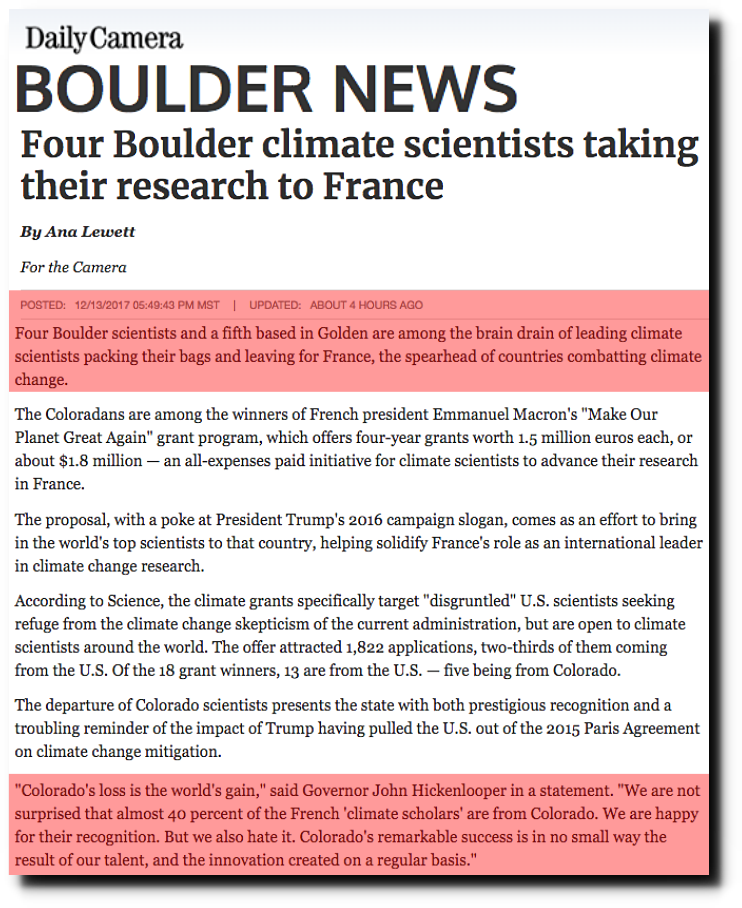 One of the lucky winners is Ben Sanderson of NCAR Despite the fact that all available tropospheric data indicates models are much too aggressive. 14 Responses to Massive Increase In Science Integrity Slated For Colorado