I posted this picture yesterday showing that most of Greenland, Canada, the US and Mexico were forecast to be cold. Kevin McDonald accused me of cherry picking the US (apparently we recently annexed Greenland, Canada and Mexico) – and he posted this hot red map. 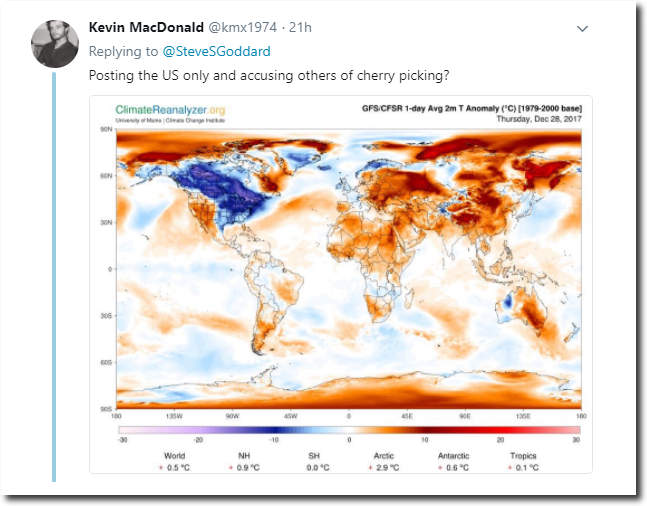 Let’s take a closer look at Kevin’s map, by increasing the saturation on the colors. Cold blue suddenly appears all over the planet! Humans don’t see blue as prominently as they see red. 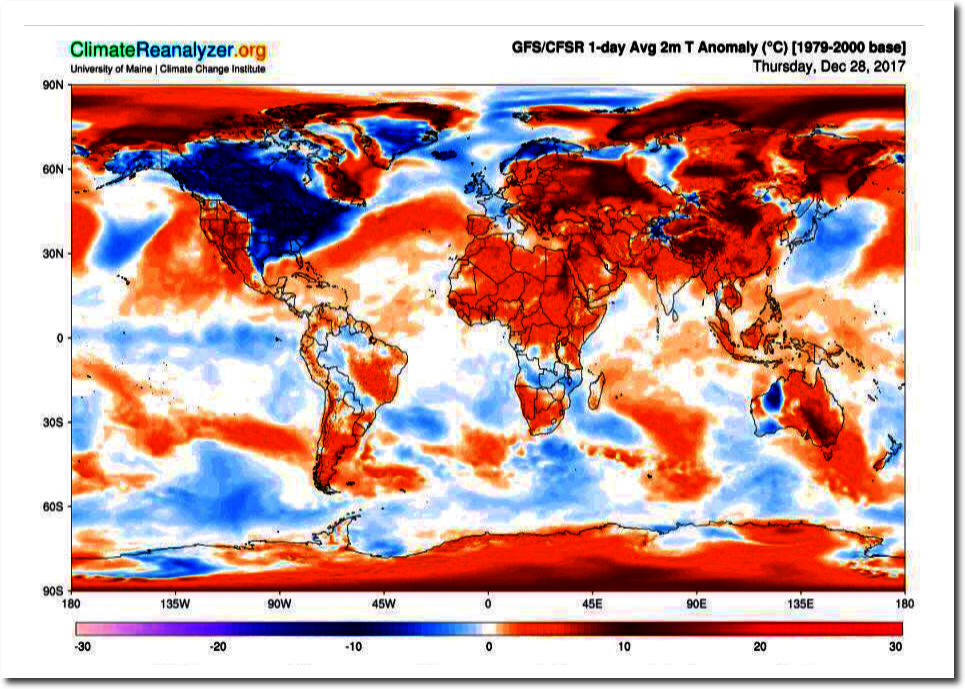 Now lets turn the map into an equal area projection, so that the size of the poles isn’t distorted. Almost half of the planet is below normal temperature! The Earth isn’t burning up after all. 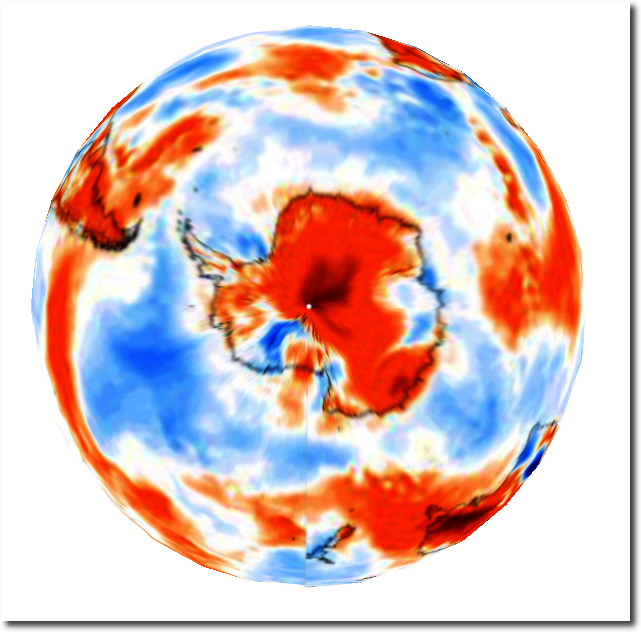 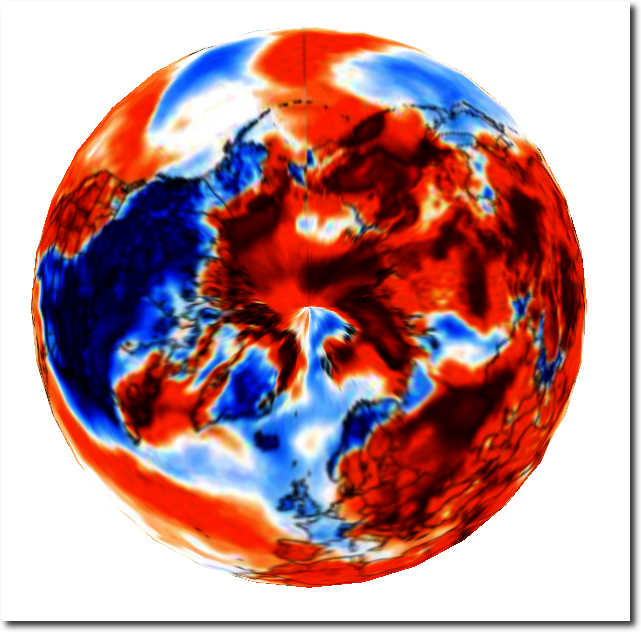 And finally, it is scientifically meaningless to average Arctic winter temperatures with mid-latitude temperatures, because of the latent heat of water. A small change in heat produces a large swing in polar winter temperature, whereas it requires much more energy change to produce the same size swing in temperatures in the mid-latitudes. When snow falls in Florida, the condensation and freezing of water releases a lot of heat into the atmosphere. But temperatures in the Arctic winter are far below the freezing point of water, so a swing from -25C to -20C produces no change in latent heat. Thus a deep dip in the jet stream causes the average global temperature to rise, even though there has been no change in the overall heat content of the atmosphere.  The whole surface temperature methodology employed by NASA/NOAA is fatally flawed to produce a bogus warming bias. And a lot of the recent changes NASA has been making to their methodology have been based on increasingly weighting Arctic temperatures.  Exactly the wrong thing to do scientifically.

Most of the claimed rise in global temperatures is due to a rise in Arctic winter temperatures, which is due primarily to the deep dips in the jet stream we have been getting in recent years. These jet stream dips increase Arctic temperatures a lot, while decreasing mid-latitude temperatures by a much smaller amount. Global warming is junk science.