January Arctic sea ice volume gain was third highest in the DMI record, after 2008 and 2013. 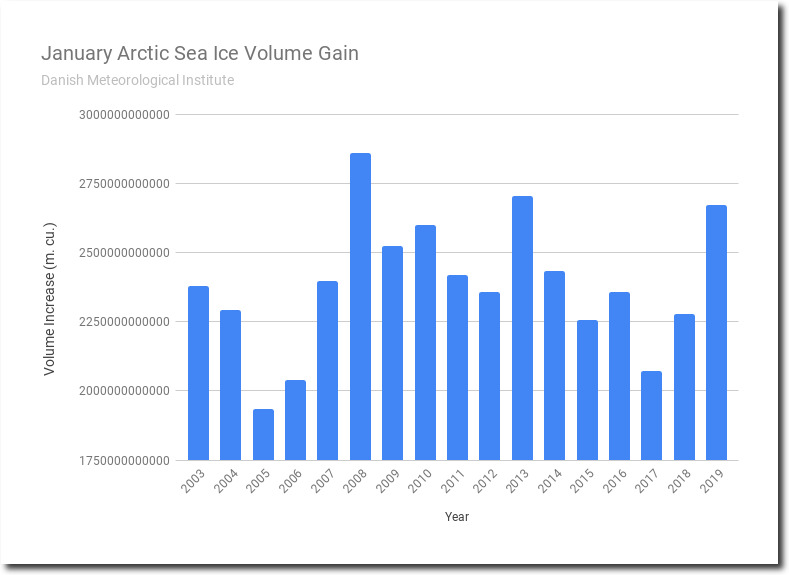 November gain was largest on record. 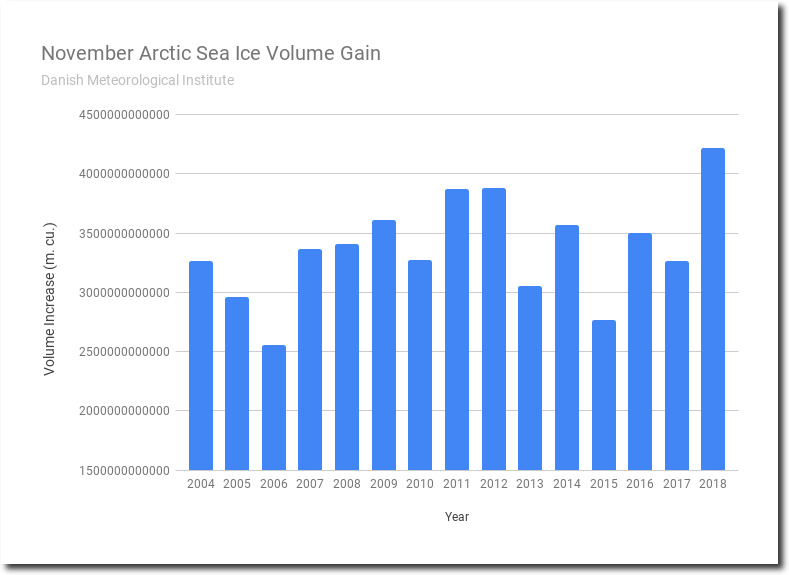 There has been no trend in Arctic sea ice volume over the past twelve years. Experts describe the non-changing Arctic in all sorts of hysterical terms, because their funding depends on keeping people misinformed and frightened about the climate.