Posted on February 4, 2019 by tonyheller

Snake oil saleswoman Katharine Hayhoe took advantage of the 2011 drought in Texas to declare herself a climate expert – by blaming it on humans. Texas precipitation has been increasing since the 19th century, with the last four years among the wettest on record. Drought risk is decreasing, not increasing as Hayhoe claims. 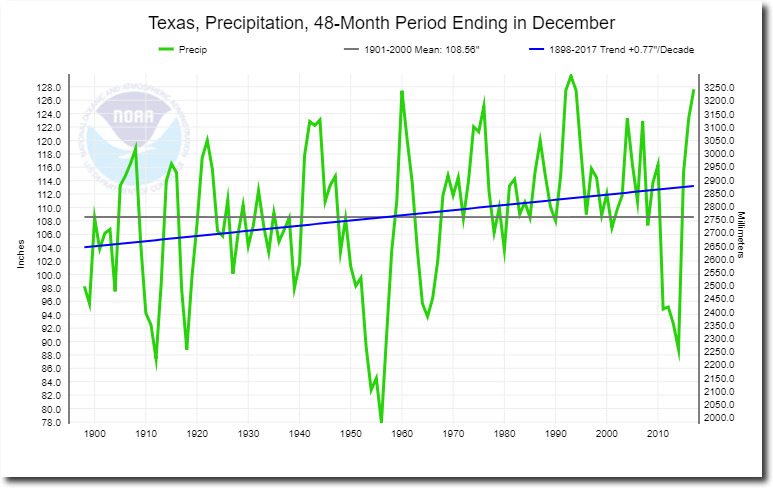 When confronted with her incompetence, Katharine does what all climate alarmists do, she simply lies about it and claims she got it right.