More on the spectacular Greenland fraud being published by National Geographic. For a few days in July of 2012, it was so hot in the Arctic that nearly the entire surface of the Greenland ice sheet turned to slush.

It was so uncharacteristically warm that scientists, emerging from their tents high on the peak of the ice sheet, sank up to their knees in the suddenly soft snow. And then, that snow started melting.

Below are the hourly temperatures at Greenland Summit Camp during 2012.  There were a total of six hours above freezing.  They occurred on July 11, 2012 from 1PM to 6PM.  The maximum temperature recorded was 0.8C.

By contrast, there were 8,754 hours recorded below freezing, with an average temperature of -29C for the year 2012. Greenland’s surface accumulated more than 500 billion tons of new ice in each of the last two years.

The ice sheet is melting faster than in the last 350 years—and driving sea levels up around the world.

Sea level is rising at the same rate as 150 years ago.

Temperatures at the Summit Camp have been averaging about -40C over the past month, and have not gotten above -20C. This is what the meltdown currently looks like at -35C. 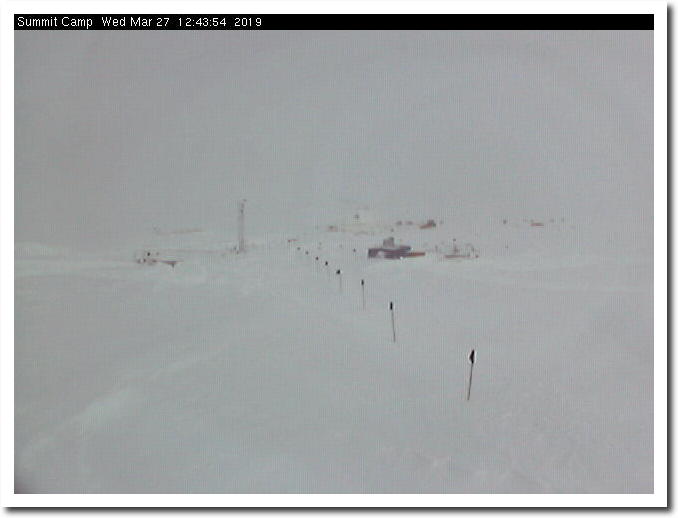 National Geographic describes this as “the fastest melting in 350 years”