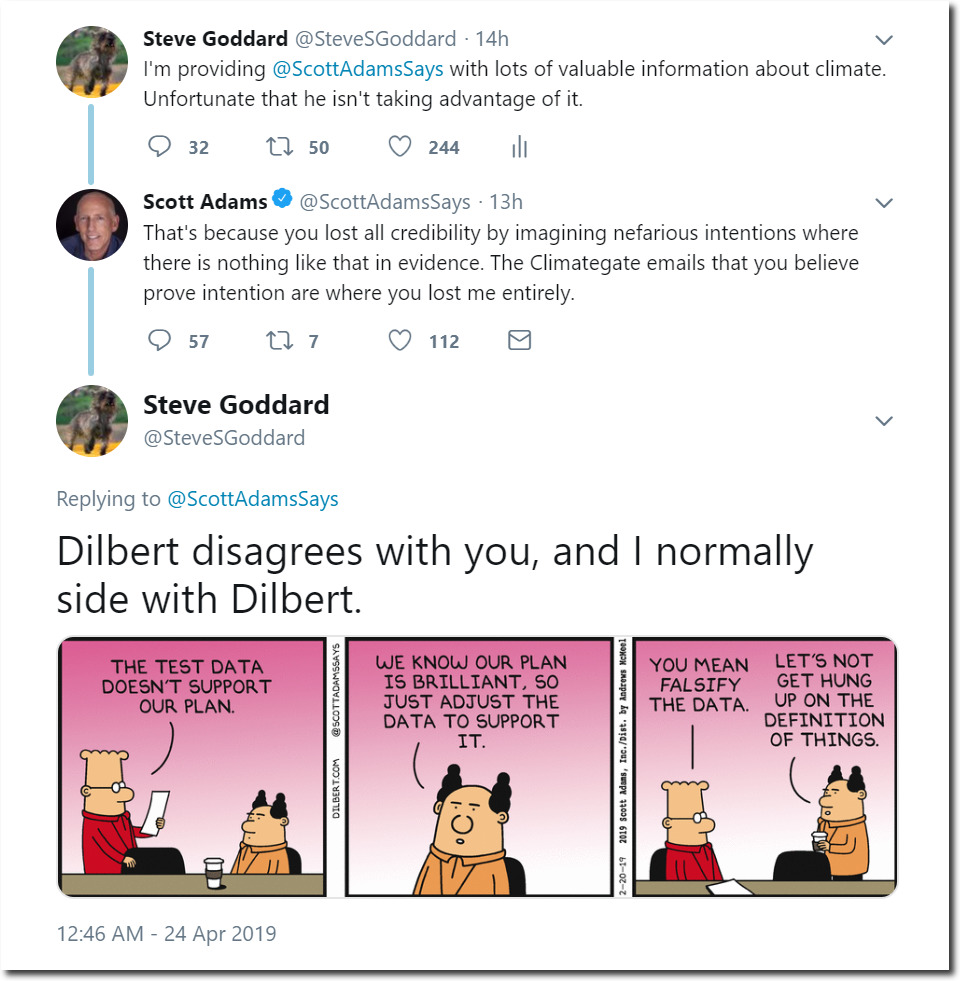 Steve Goddard on Twitter: “Dilbert disagrees with you, and I normally side with Dilbert.…

This Climategate e-mail shows unequivocally that scientists from different groups colluded to get the same result, and that result involved cooling the past – without any justification.

I don’t always dress up for Halloween, but when I do I go as Dilbert. 46 Responses to Dilbert Vs. Scott Adams