No Change In Arctic Ice Extent Over The Past Week

This may turn out to be the shortest melt season on record. 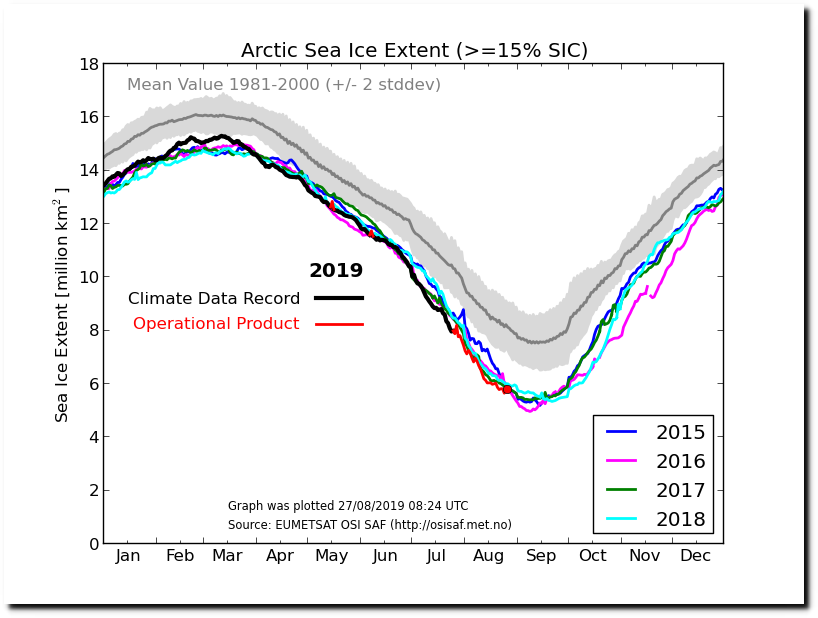 Meanwhile, climate alarmists ramp up the hysteria in their imaginary alternate reality …