Greta’s captain flew in on an airplane, magically “sailed” into a 25-30 knot wind, and misses her petrol station.  Perhaps she will teach Greta a few things about the real world. 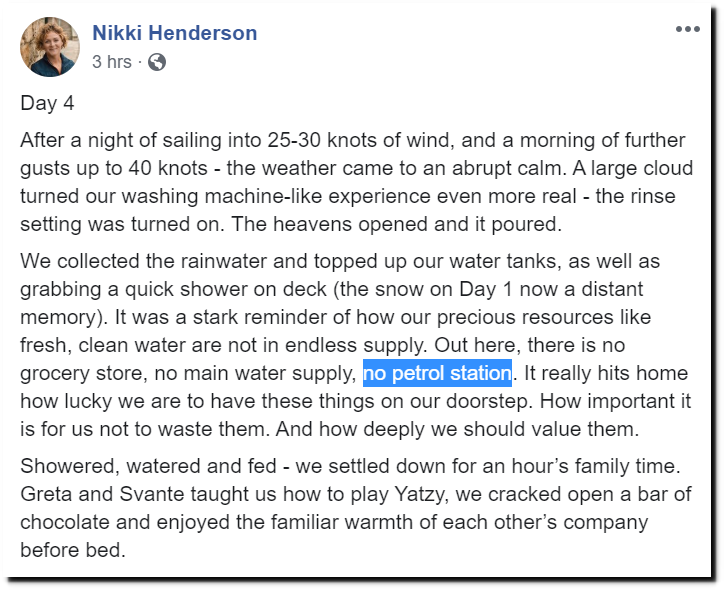