On this date in 1938, Bourke, NSW began a 37 day heatwave over 100F, which included a week which averaged 116F. Peak temperature was 119F. The hottest temperature in Bourke’s current forecast is 114F. 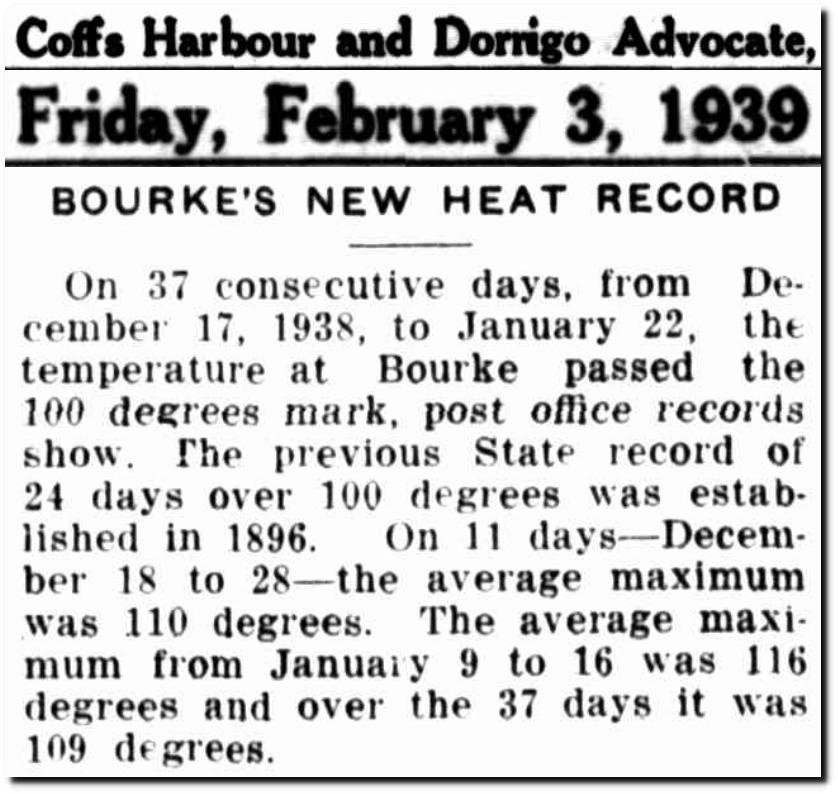 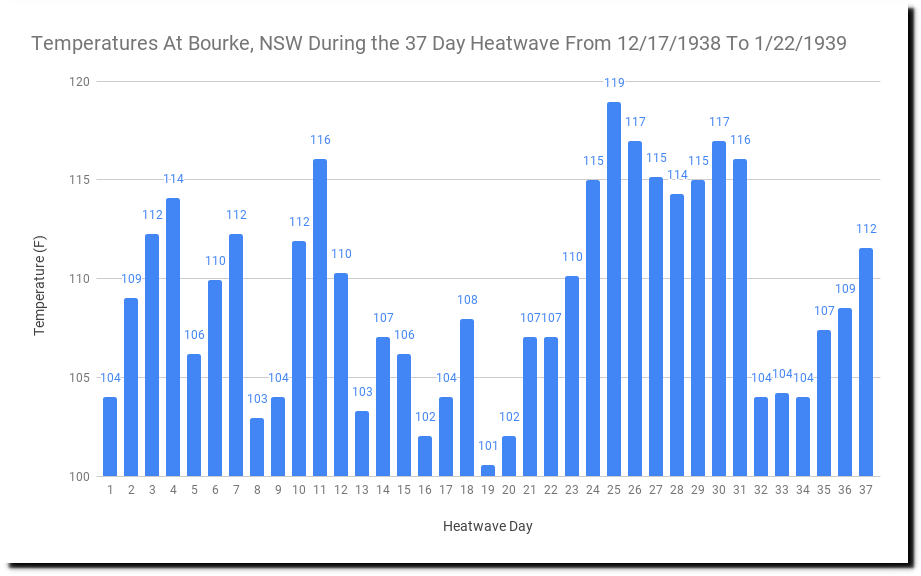 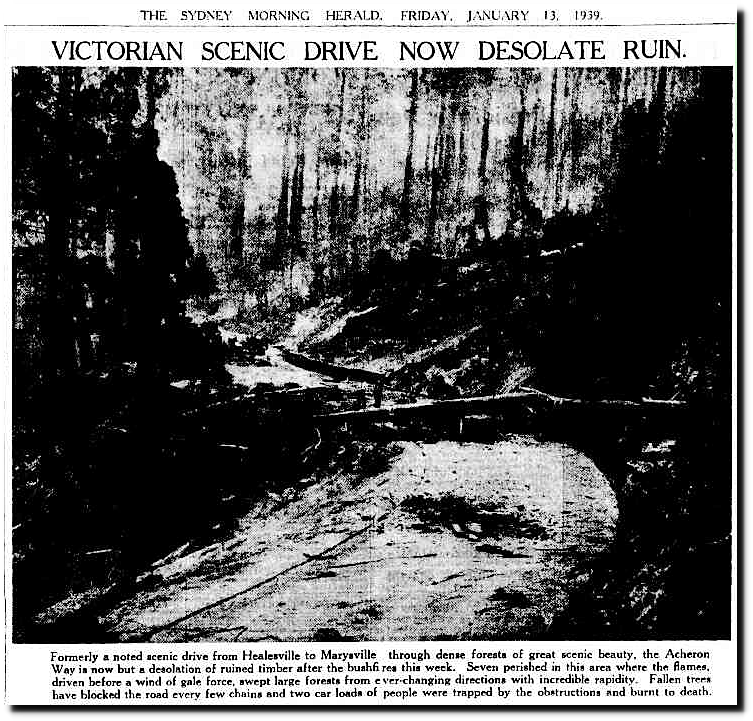 It seems unlikely that this year’s heatwave will match the 1938-1939 heatwave. The press is, as always, engaged in their usual lies about the climate. 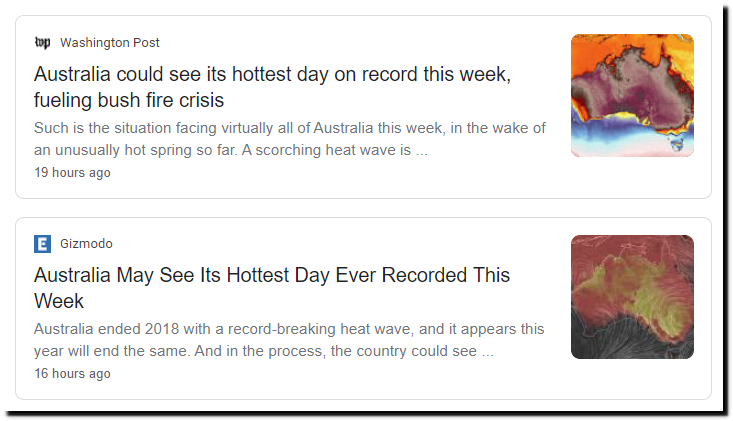 13 Responses to Record Heat In Australia