There was a lot of warm weather in 1946, including a stretch from December 1 to December 28, when Harrisburg, Illinois had 14 days above 60F, and no days which didn’t reach the freezing mark. And the trees bloomed again in record warmth during November. Also note that five of the last seven years have had below average March temperatures.

During March 2017, the New York Times used their favorite phrase “scientists say” to misinform the public about this topic. And in 2018, the Washington Post used the authoritarian “we expect” for their disinformation campaign.

Spring is running 20 days early. It’s exactly what we expect, but it’s not good. – The Washington Post

I took this picture a month later in Philadelphia on March 22, 2018, during Philadelphia’s coldest and snowiest spring on record.. The climate isn’t changing as predicted, but COP25 has begun – so government and the press can ramp the superstition and lies up to record levels. 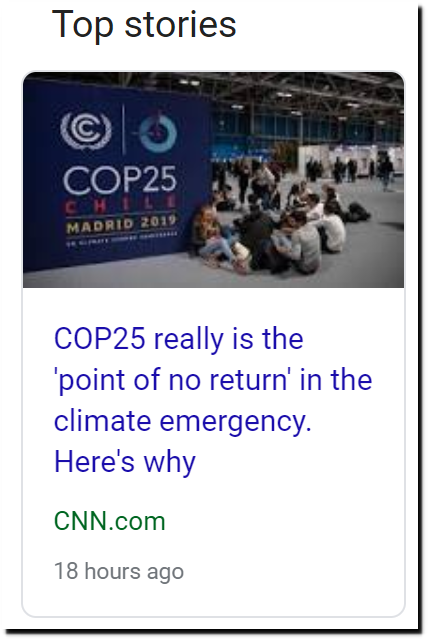