On December 14, 2012, the New York Times reported that the Sandy Hook massacre was committed with handguns. NBC News reported the same thing. Later, the story changed to an “assault rifle” and became the basis of a Dianne Feinstein gun grab. 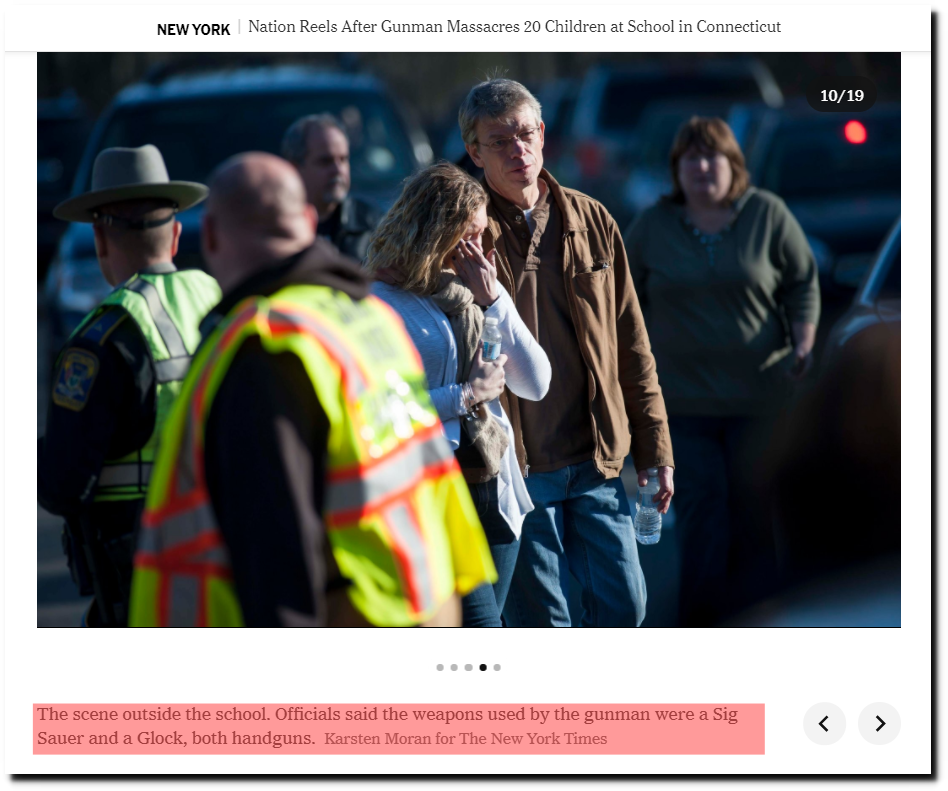 “New information from a couple of federal and state officials. They say now that there were actually four handguns recovered inside the school, not just two as we were initially told. Four handguns, and apparently only handguns were taken into the school”

4 Responses to Handguns Morphing Into Rifles