The most important argument against climate alarmism centers around the proposed solutions. 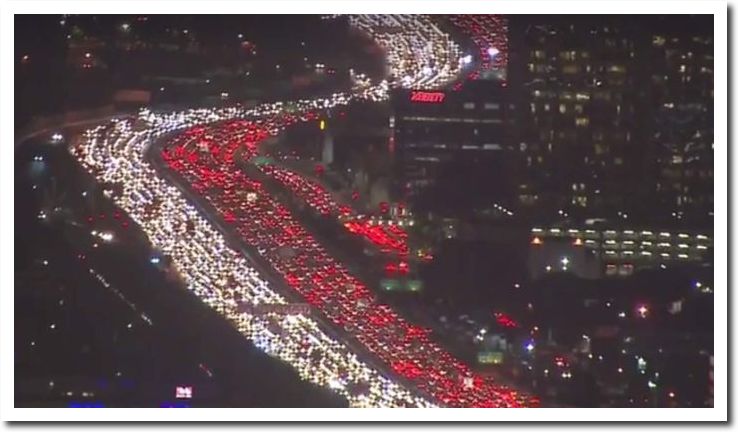 “Solar is only during the day, solar only works best in places where it’s warm.

Power is about reliability. We need to get something that works reliably.”

We live in a society which is completely dependent on fossil fuels and/or nuclear energy. Our heat, water, power, transportation, manufacturing, food production and distribution systems; communication, medical, financial and every other critical system depend on an “always on” supply of energy.

As an example, at the turn of the last century, there was tremendous fear that the Y2K bug would make computers non-functional and collapse society.  An intermittent computer network due to a lack of reliable energy would have the same effect. Medical and financial services would be non-functional.

Most Americans have never gone without essential commodities, and take them for granted.  And many, like Alexandria Ocasio-Cortez, seem to have no understanding of the catastrophic consequences of running short of energy. People of her generation have never had to do without food, warmth, light or communications. They can’t function if they don’t have a strong phone signal, and have no concept of what a shortage of food, transportation or energy would be like.

The US has been experiencing record cold this winter.  What would the people of Illinois have done without continuously available heat, light and communications during the record cold snap of -38 degrees two weeks ago?  I flew over the Midwest on January 6, 2018 during a similar cold snap. The air was dead calm and wind turbines were useless.  People were completely dependent on fossil fuels and nuclear energy for their survival. The reason winter is cold, is because of a lack of solar energy.  The sun is low in the sky, days are short, and it is cloudy much of the time.  Yet climate alarmists want people to be dependent on solar energy for their survival.  They imagine that there is some storage technology which can store huge amounts of energy for long periods of time when the sun isn’t shining or the wind isn’t blowing. But as Bill Gates pointed out, that technology doesn’t exist.

I have degrees in science and engineering, and have worked for most of the last 45 years as both. The job of scientists is to come up with ideas. By contrast, the primary job of engineers is to make things that work. If a bridge or a microprocessor, doesn’t work – very bad things will happen. Bad engineering is fatal to humans, companies and civilizations.

We need to have engineers making the technology decisions, not academic scientists and politicians – who have never had to deliver anything which works, and don’t have any understanding or experience with the processes required to make things work. Most academics and politicians have no clue what is going on behind the scenes of a technologically functional society.

If the people of New York City (who elected Alexandria Ocasio-Cortez) believe that we don’t need fossil fuels, why don’t they prove it to the world by eliminating fossil fuels usage in their own city?  They can end skepticism of their plan by eliminating gasoline, jet fuel and natural gas sales in their city. They should ban all electricity usage from sources other than solar, wind and nuclear. They should ban sale of all products manufactured or transported using fossil fuels. Why didn’t Michael Bloomberg do this while he was mayor? The reason is simple – it is impossible. Alexandria Ocasio-Cortez’s New Green Deal is impossible, and people in countries like China and India understand that.  That is why they are building more than 1,000 new coal fired power plants.

The US could disappear off the face of the Earth, and it would have minimal impact on atmospheric CO2 levels.  China produces more than twice as much CO2 as the US, and under the deal they made with President Obama, they will continue to increase their CO2 emissions until the year 2030.

US emissions have been declining for a decade due to fracking, while Chinese emissions increased rapidly.

The UN has been making the same claim that we only have twelve years to save the planet from global warming, for the past 30 years.

A senior U.N. environmental official says entire nations could be wiped off the face of the Earth by rising sea levels if the global warming trend is not reversed by the year 2000. The claim is nonsense, the proposed solutions are unworkable, the US has minimal control over the level of atmospheric CO2, and the only viable conclusion is that the powerful people behind the scenes of the New Green Deal have extremely malicious intent. They refuse to allow any debate, censor all skepticism, and run academics out who resist climate alarmism.

We need to have a robust discussion about our energy future centered around engineers – not decisions based on hysteria by politicians and academics who don’t know the first thing about climate or energy.  The American people need to be educated, not fed propaganda and have their information sources censored. Our survival depends on an adequate supply of energy, not mindless hysteria and fear over an essential trace gas. Without carbon dioxide, life itself can not exist. Without a reliable supply of energy, modern civilization can’t exist.