The Nobel Laureate repeated his brainless nonsense in 2009.

Instead of an ice-free Arctic, we just had the shortest melt season on record – followed by record sea ice growth. Arctic sea ice extent is the highest for the date since at least 2004. 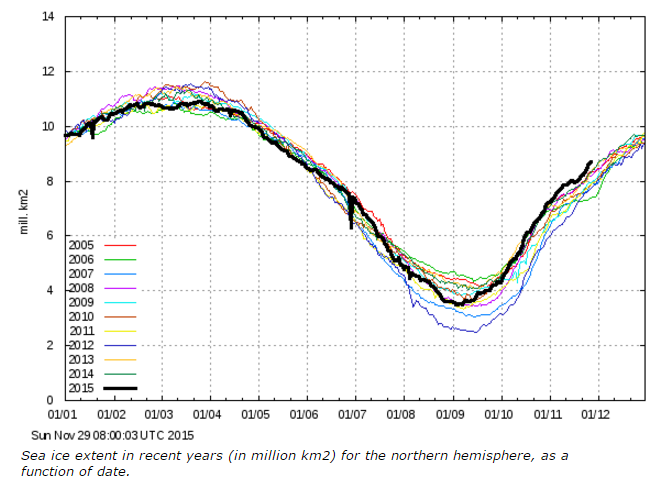 Criminals at the New York Times and Guardian told us recently that Greenland is melting much faster than previously feared. In fact, Greenland’s surface is gaining record amounts of ice, with 250 billion tons of new ice over the last three months. 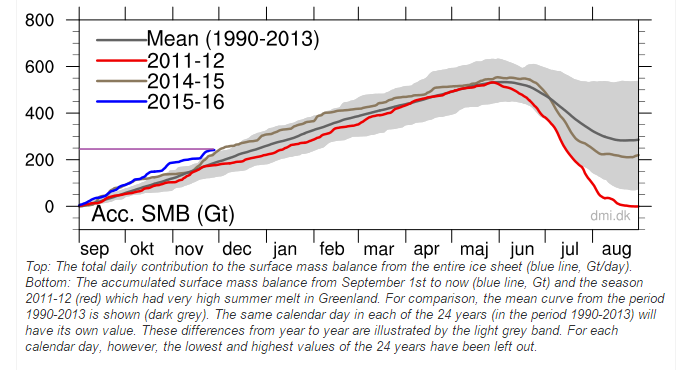 Meanwhile, the climate criminals in Paris continue their massive fraud – pretending that the climate is falling apart and that they are doing something to stop it.