One universal theme of climate experts on the government dole, is to claim that snow and ice are diminishing due to atmospheric CO2. As with everything else about this scam, they are lying.

Over the past decade, average Arctic sea ice area has increased.

Antarctic sea ice area has been increasing, and above normal for almost all of the last five years. 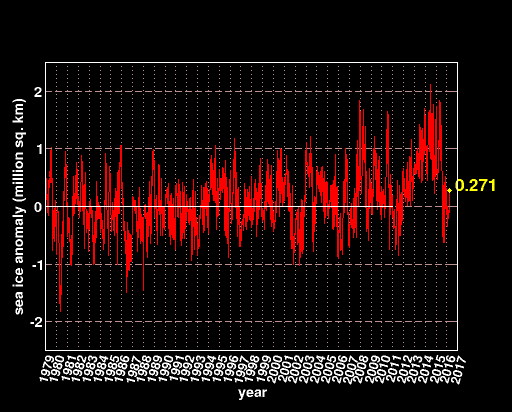 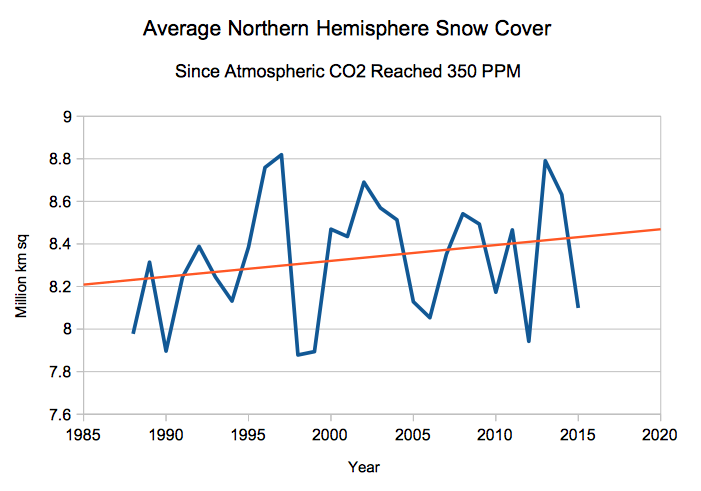 Since the “official” start of the satellite era, fall/winter snow extent is up 10%. 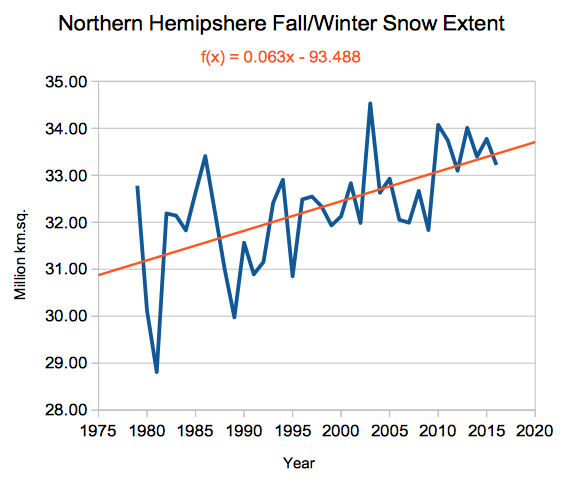 None of this is consistent with the fraudulent temperature claims made by other people on the government dole.

5 Responses to Our Expanding Cryosphere