Climatologists : The Fourth Branch Of Government Since 1976 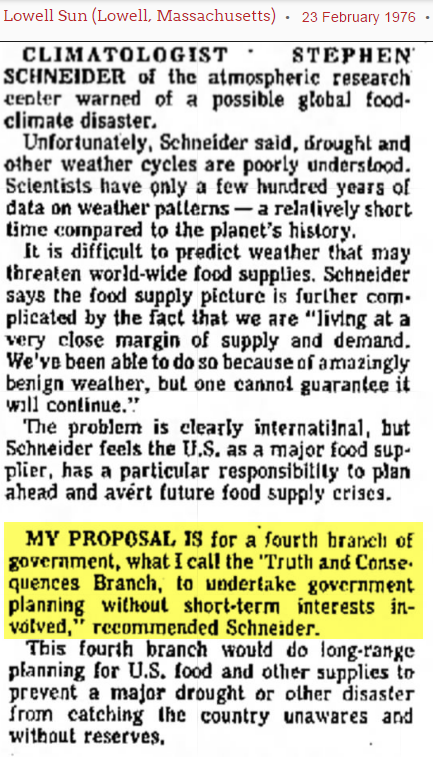 Page 9 – The Lowell Sun at Newspapers.com

The prospect of domination of the nation’s scholars by Federal employment, project allocations, and the power of money is ever present  and is gravely to be regarded. Yet, in holding scientific research and discovery in respect, as we should, we must also be alert to the equal and opposite danger that public policy could itself become the captive of a scientific/technological elite.

15 Responses to Climatologists : The Fourth Branch Of Government Since 1976