We are used to seeing historical reconstructions like this one published in Nature, showing Arctic sea ice diminishing steadily since 1950. 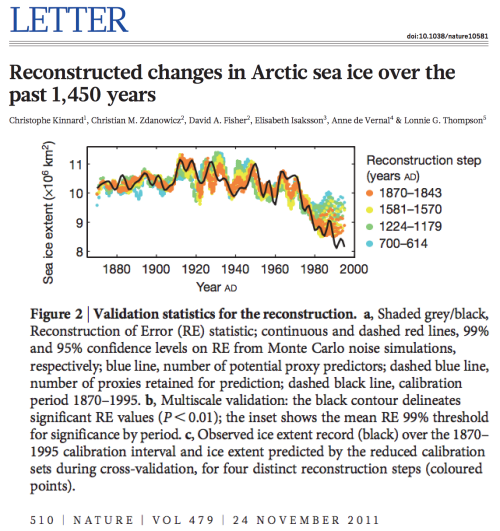 Reconstructed changes in Arctic sea ice over the past 1,450 years

This graph from Cryosphere Today shows the same thing. Ice diminishing since 1950. Pierre Gosselin dug up this document from the DOE in 1985, which shows the exact opposite. There was a large increase in Arctic sea ice after 1950.

Combining the two graphs, it becomes clear there was very little net ice loss from 1925 to 1979, and a sharp increase after 1955.

In 1958, the New York Times reported half of Arctic sea ice was lost in the first half of the century, and that the Arctic would soon be ice-free. 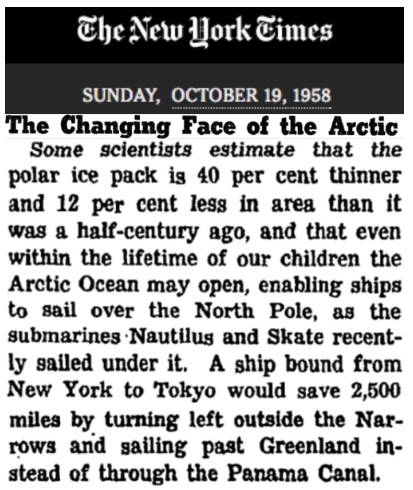 The Changing Face of the Arctic– The New York Times

In 1940, Soviet explorers reported Arctic sea ice had shrunk in thickness by nearly 50%. 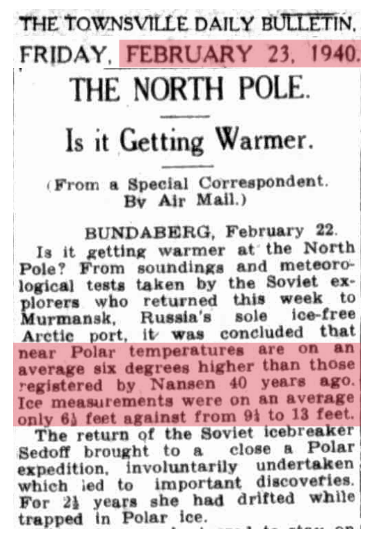 The subsequent cooling and increase in sea ice was also well established.

This fits right in with the well established pattern of collusion and fraud by government climate scientists working to make the warmth of that era and subsequent cooling disappear. 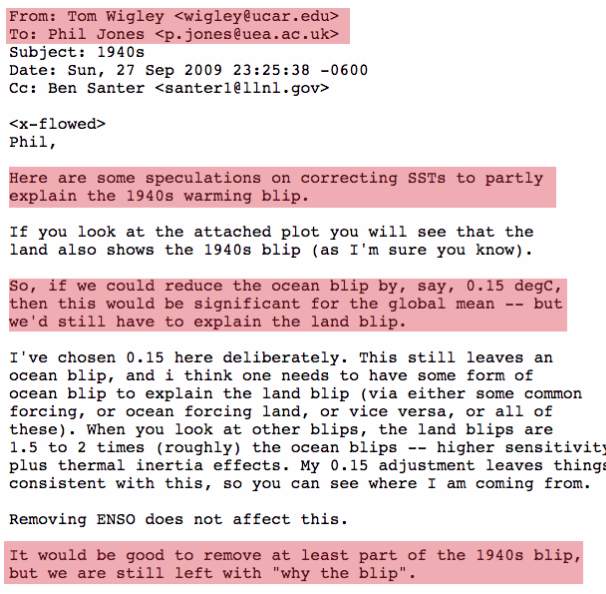 Make no mistake about it, catastrophic global warming is the biggest fraud in science history. There is overwhelming evidence of fraud and collusion between government funded agencies.