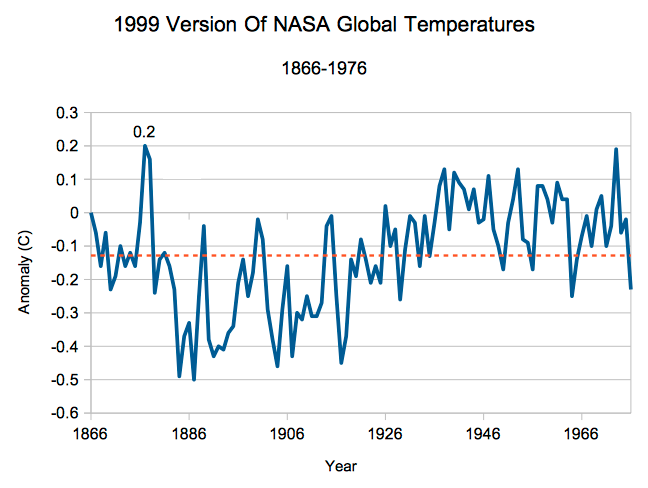 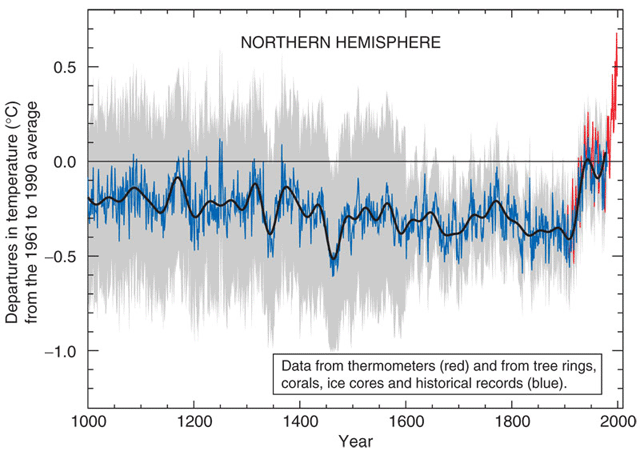 The next image overlays the 1999 NASA data on the hockey stick graph, at the same scale normalized to the 1877 spike. 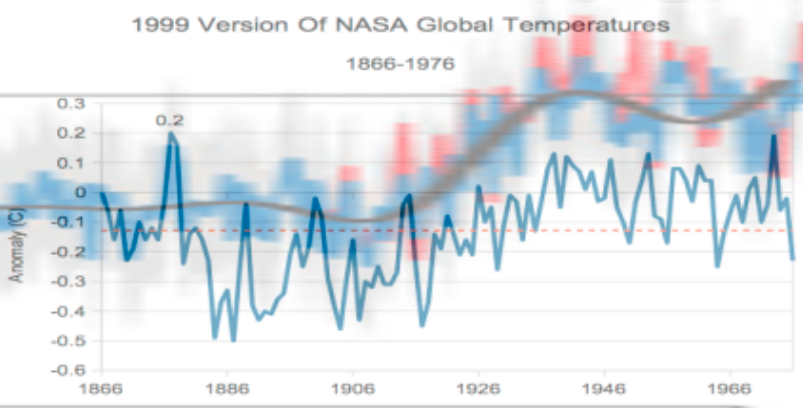