Gavin Schmidt at NASA likes making headlines with claims like Earth is hottest ever by 0.02 degrees. 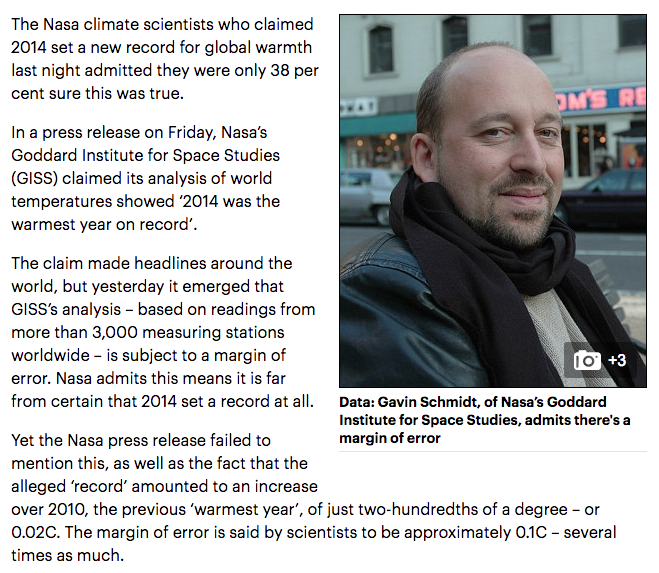 Nasa climate scientists: We said 2014 was the warmest but we’re only 38% sure | Daily Mail Online

When confronted with the fact he is adjusting temperatures by as much as 100 times more than his claimed record, Gavin angrily responds that he can’t be held accountable for the fraudulent data he publishes.