Gavin Says His Data Is Fake

Gavin says my graph is fake. 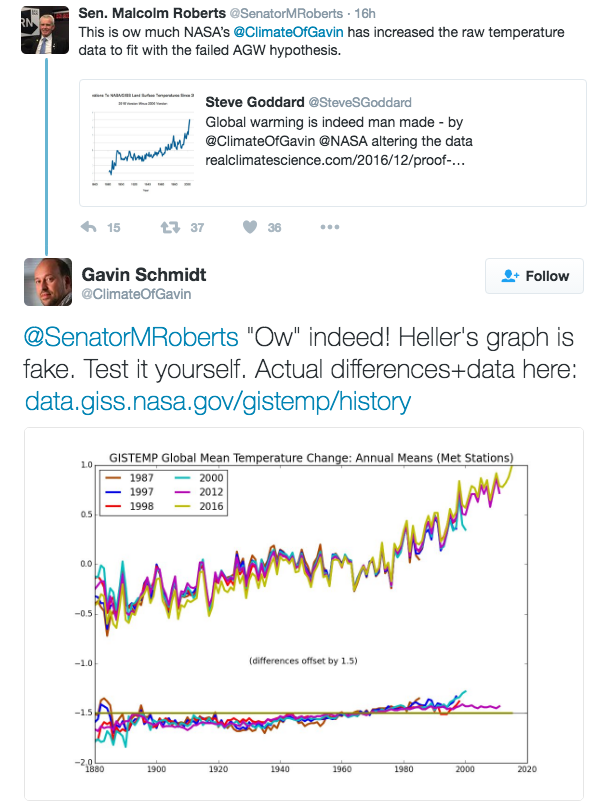 I generated the graph from Gavin’s own data on the same NASA web page Gavin linked to. Apparently the primary person in charge of creating the propaganda behind the trillion dollar global warming scam is unfamiliar with his own data. 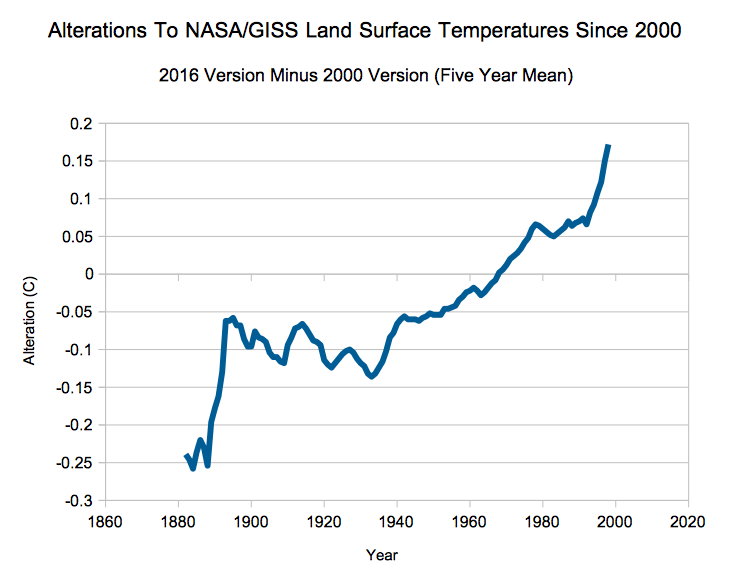 (Note : there was an error in my original graphs due to years being shifted by one. That caused some jitter and slightly increased discrepancy which is corrected in the graphs and spreadsheet here) 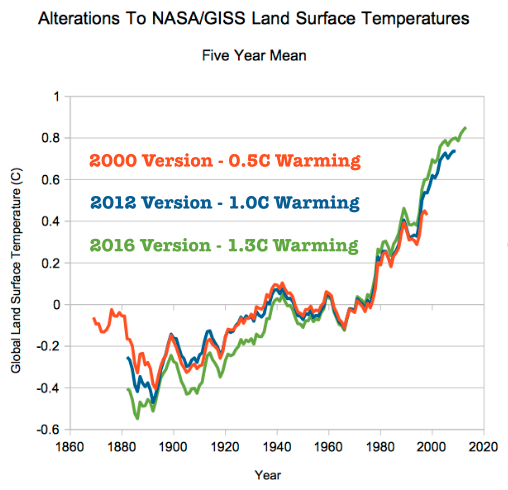 Satellites show little or no warming during the 16 years from 2000 to 2016 when Gavin has increased warming by 2.5X. 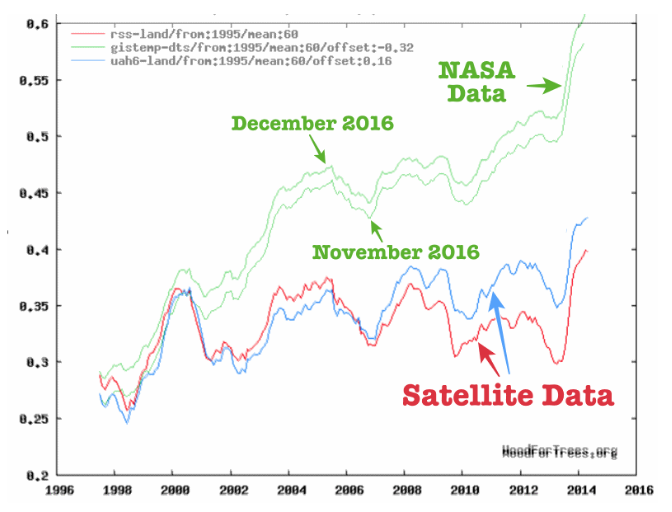 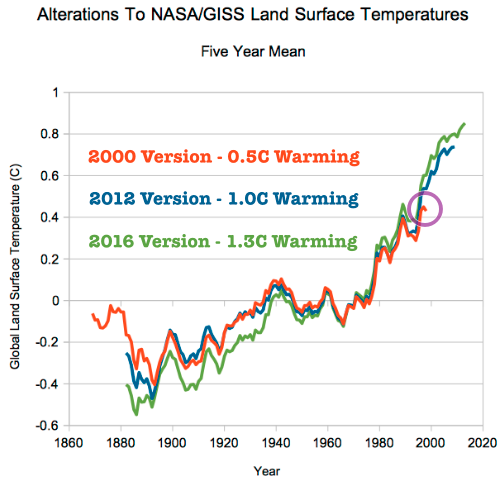 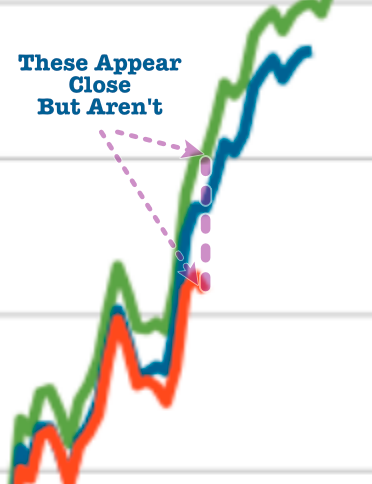 56 Responses to Gavin Says His Data Is Fake