NPR : Fake But Not Accurate

NPR found some college kid to be their latest expert on global warming, who said the North Pole is hot due to missing Arctic sea ice, and temperatures would approach 32F. 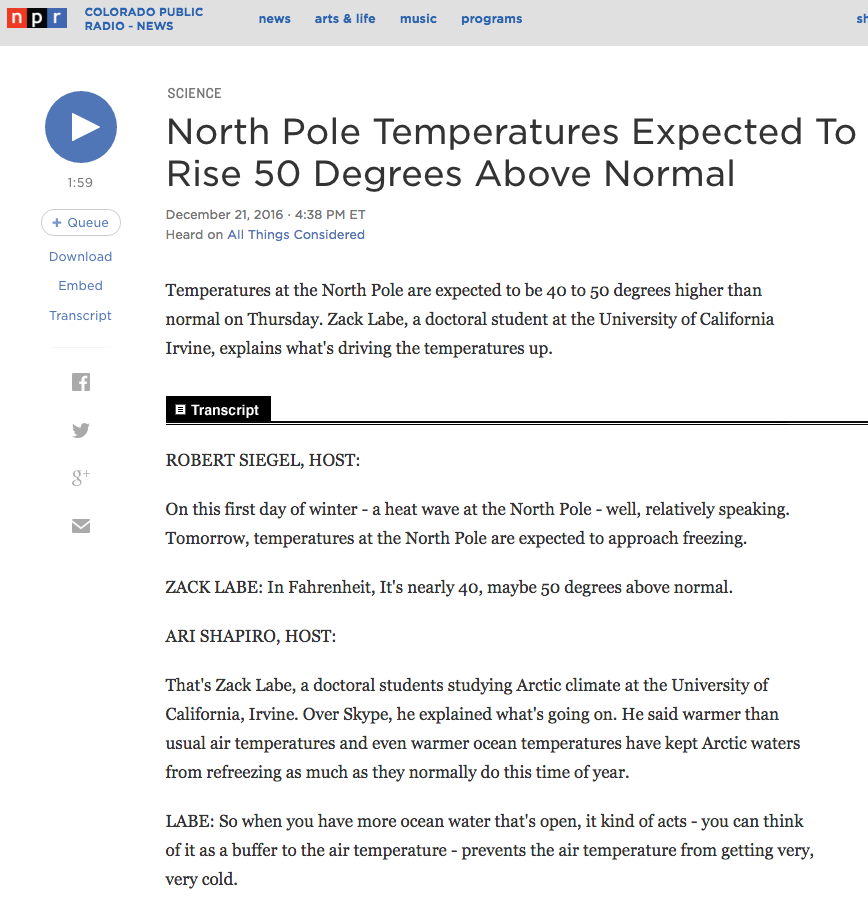 Here is another fake news article from Minnesota Public Radio saying the Arctic is broken, and temperatures in the Arctic are “literally off the scale” 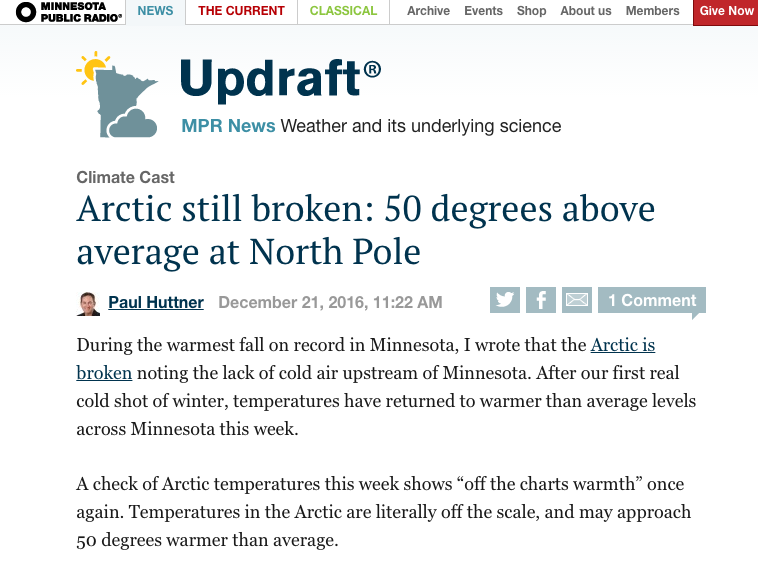 Temperatures near the pole never got anywhere near freezing yesterday. They got up to -11C 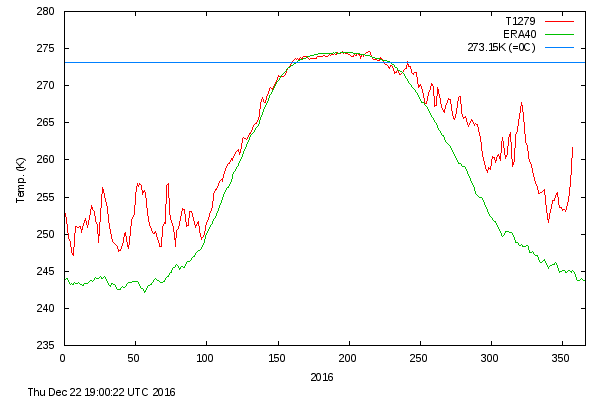 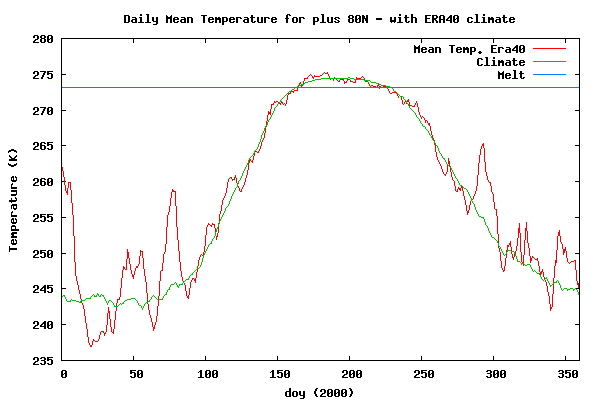 During that month, there was excess Arctic ice. There is nothing about ice which will prevent temperatures from getting up to -11C. 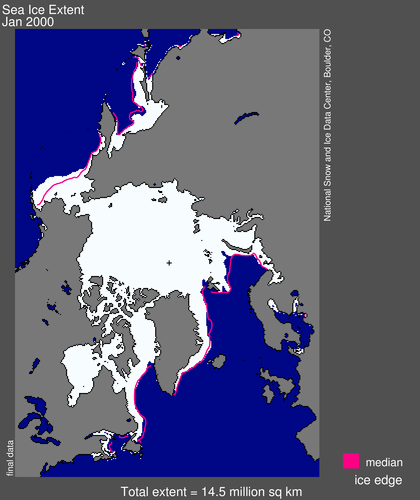 Same story from 1977, when Arctic ice was near its century peak.

Here is the actual buoy data from yesterday, showing how large a fraud these people are trying to pull. 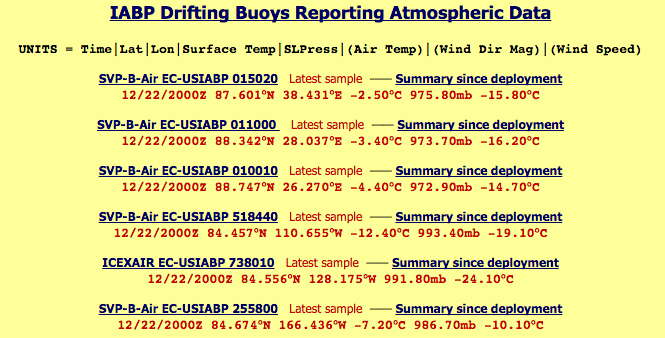 What is actually going on in the Arctic is a loop in the jet stream which brought less cold air to the North Pole, and extremely cold air to the Canadian Arctic, Greenland and Siberia.

Greenland has been having near record cold this month, with temperatures approaching -60C. NPR forgot to mention that. 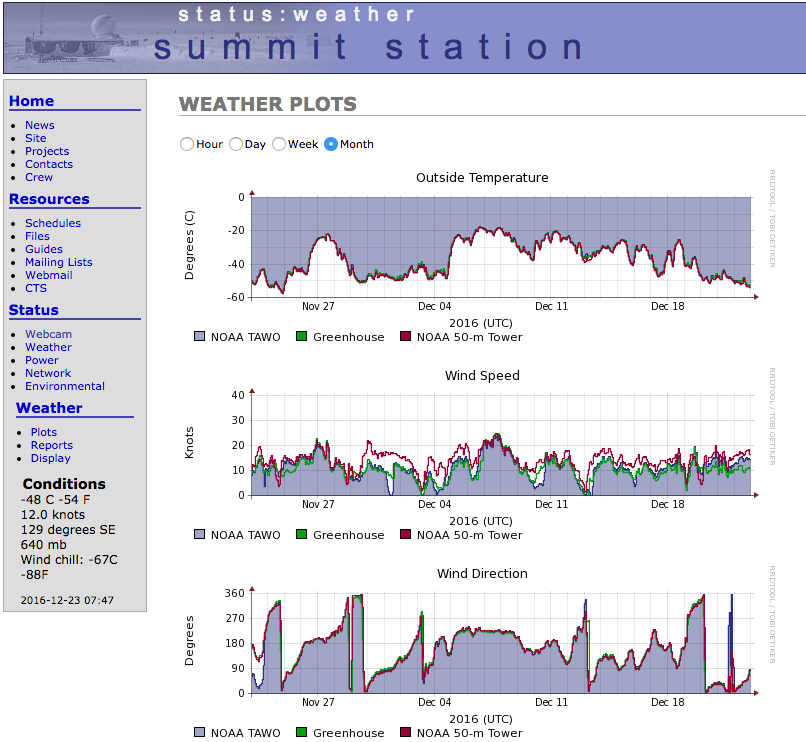 Greenland has also gained a record amount of ice this year. NPR forgot to mention that. 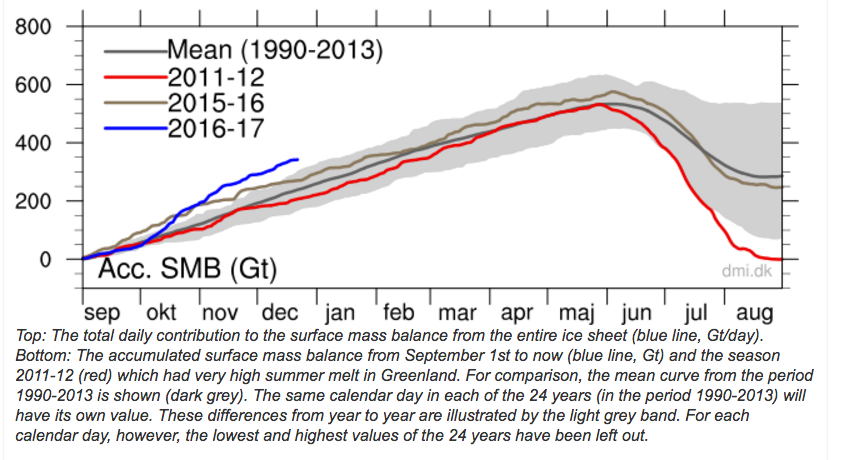 NPR also forgot to mention the incredible cold people in Russia are experiencing. Same story in Canada and Greenland. 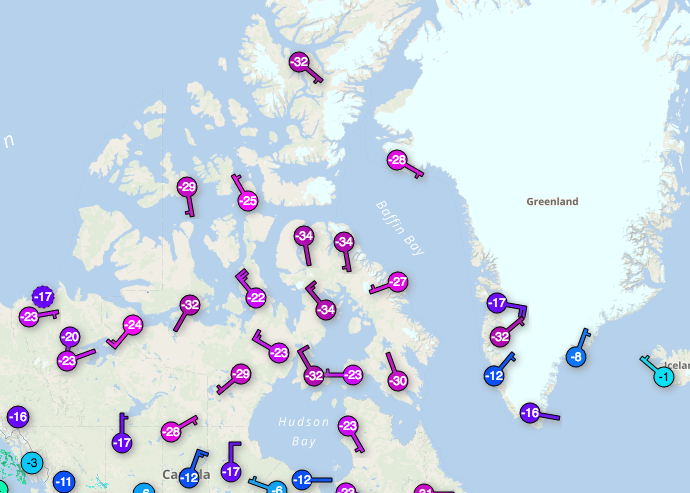 NPR said “Temperatures in the Arctic are literally off the scale.”  Perhaps they meant record cold?  These people are not scientists. They are propagandists working in support of Obama’s attempt to steal Arctic oil reserves from the American people. Every single claim made by NPR was fake, and not accurate. The Trump administration should defund NPR – and shut these criminals down.

24 Responses to NPR : Fake But Not Accurate