Posted on December 4, 2016 by tonyheller 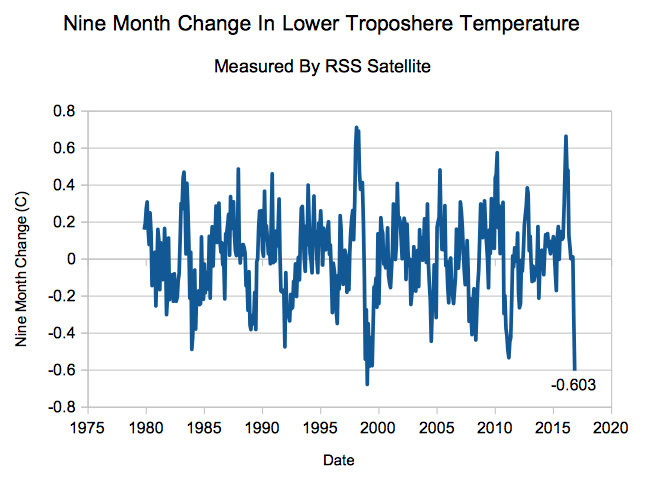 Over the past nine months, troposphere temperatures have dropped by 0.6C (1.1F.)  This is the second largest nine month drop on record, exceeded only by January 1999.

Gavin Schmidt at NASA blamed last year’s spike on man-made carbon dioxide, in sharp contrast to honest scientists who understood that it was due to El Nino. We have cold times ahead of us. 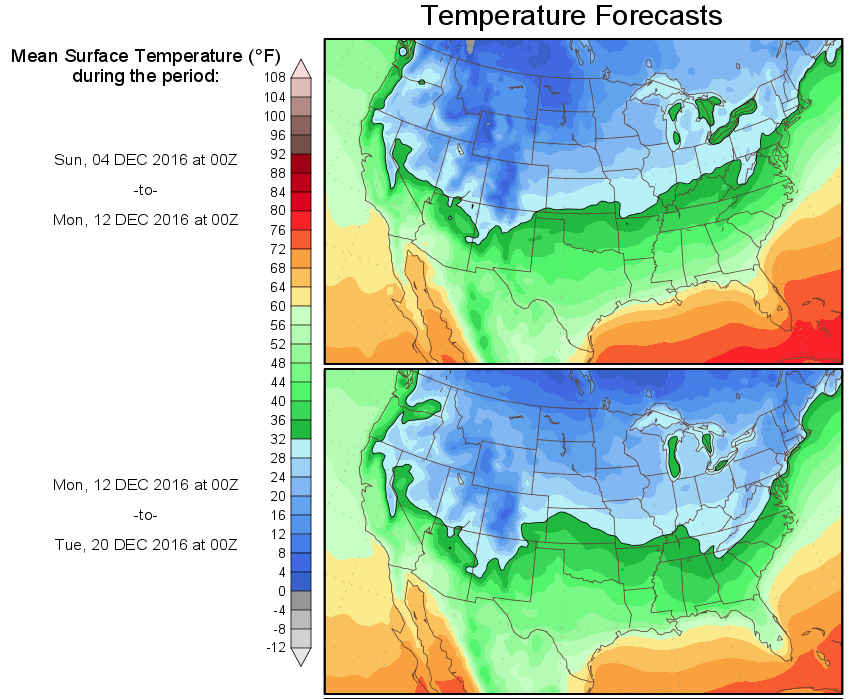