During the summer of 2015, Barack Obama’s EPA dumped three million gallons of arsenic/mercury/lead laden toxic waste into the Animas River in Colorado. 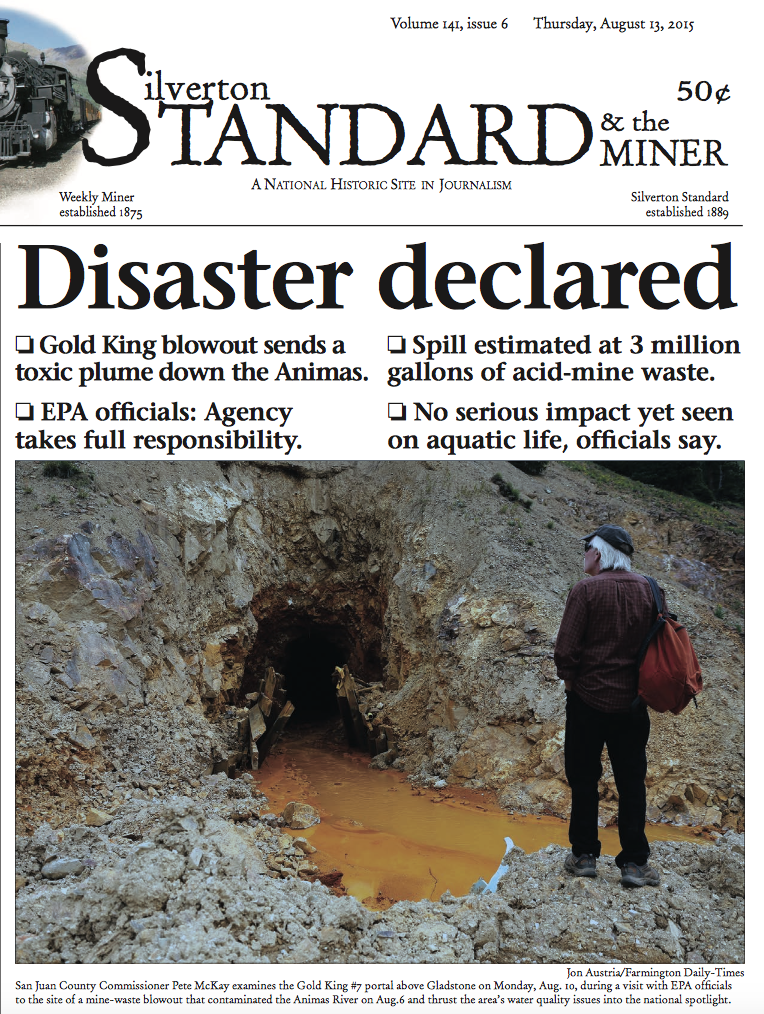 This catastrophe was created intentionally by the EPA, and was predicted by a geologist three weeks earlier. 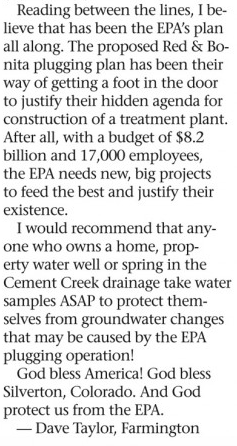 Yes, that letter to the editor about the EPA was published « » Local News

Navajos were severely affected by this and are suing the federal government. 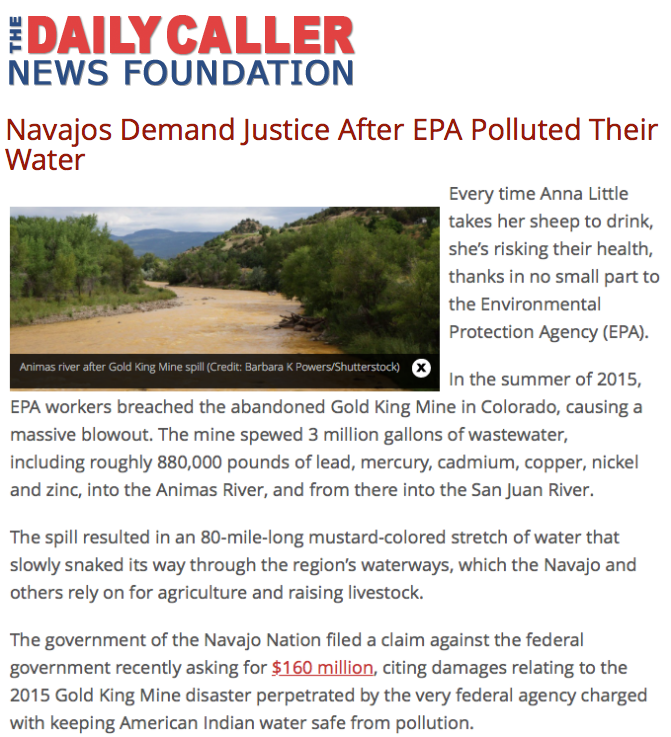 Obama was not satisfied by simply contaminating Navajo water, and is now trying to steal their land too. 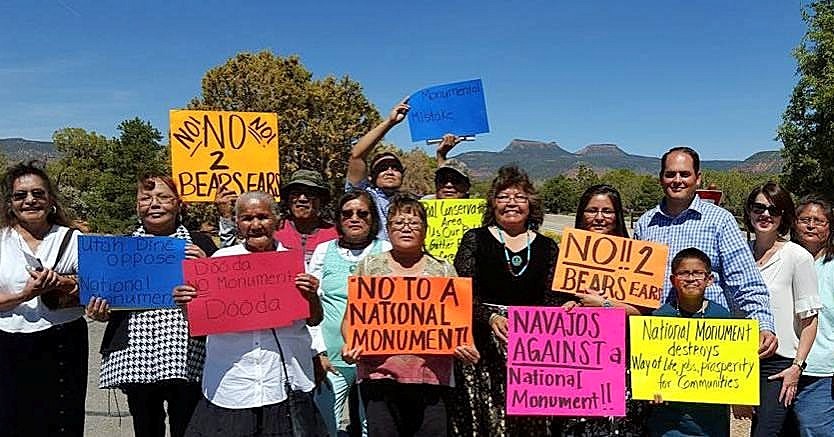 Obama’s destruction of America ends in less than three weeks.

2 Responses to Trump Saving The Environment From Obama’s EPA