US Temperature Data Tampering – Worse Than It Seems

Most people assume that temperature graphs from NOAA and NASA are generated by averaging thermometer data and honestly reporting their findings. This belief is based on a blind belief in authority, rather than evidence.

Both the raw and the final data sets show too much warming, likely due to Urban Heat Island effects in the raw data, plus massive data tampering in the final data.

The adjustments being made almost perfectly match the increase in atmospheric CO2. This is an indication of ultimate junk science. They are altering the data precisely to match their theory. 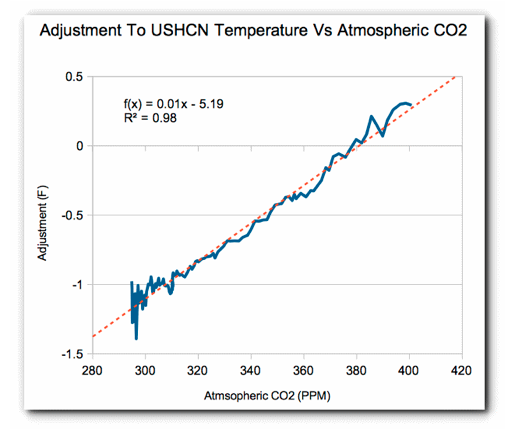 Science doesn’t get any worse than this.

18 Responses to US Temperature Data Tampering – Worse Than It Seems