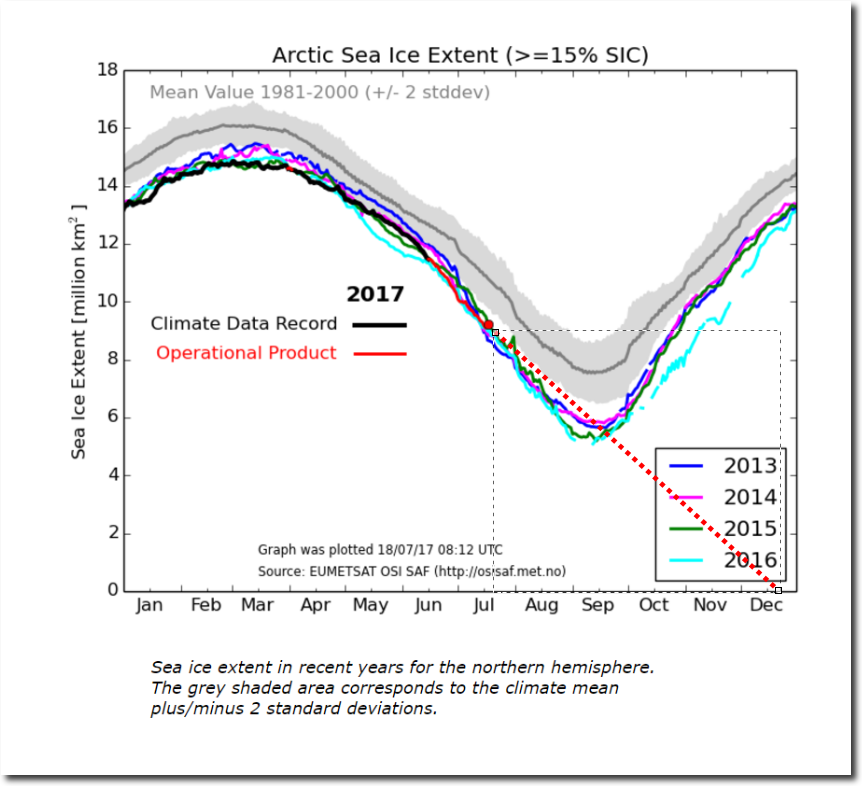 This brings my forecast in line with NASA’s top climate prophet, James Hansen, who says the Arctic will definitely be ice-free before 2018.

Note that my forecast is quite a bit more conservative than Nobel Laureate Al Gore, who won the Nobel Peace Prize for his outstanding climate research. He says that the Arctic has been ice-free for three years.

National Geographic, which made their reputation by publishing photographs of topless adolescents in the South Pacific, says that the North Pole has been ice-free for a decade.

President Obama’s science advisor, John Holdren, agrees with my forecast of an ice-free Arctic at -30C.

Note that my forecast is completely consistent with a North Pole that has had below average temperatures every day this summer, and only has a few weeks left above freezing. 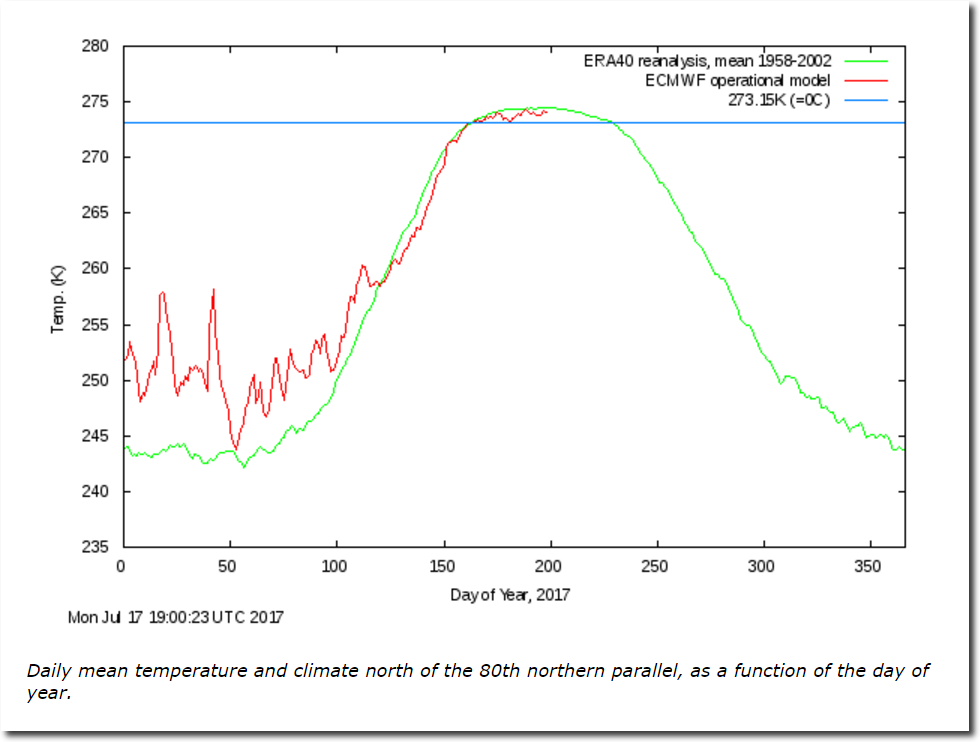 Only 1,300 miles of 2-3 meter thick ice needs to melt in the next six weeks, at temperatures below 1C. This seems quite plausible based on ™Michael Mann ®Gavin Schmidt climate math. 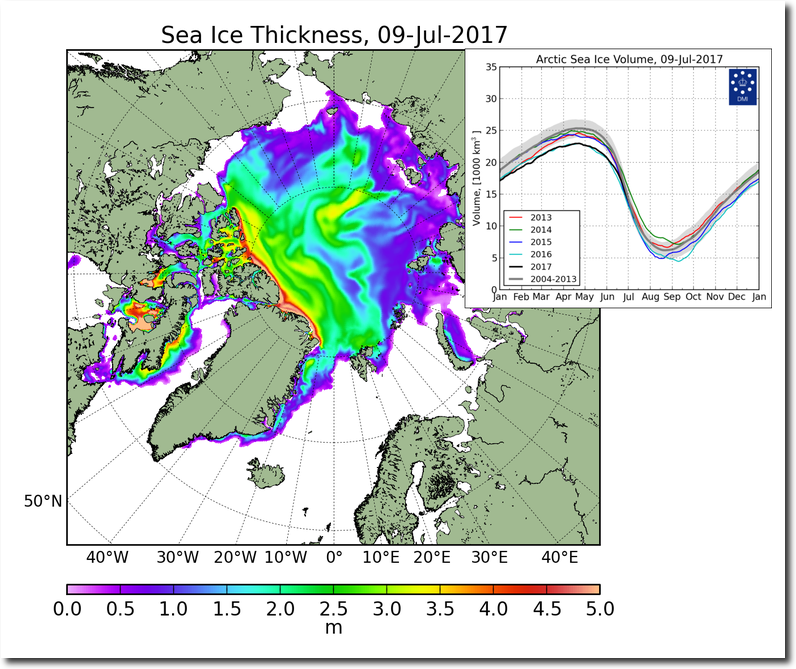 One more note. Only a complete moron would believe anything which government funded climate scientists say. They are some of the most dishonest and corrupt people in America.