Twenty-Five Years Since The Ozone Hole Killed Us All

DDT, Global Cooling, China Syndrome, Ozone Hole, Global Warming, Climate Change – the left moves seamlessly from one world ending snake oil scam to another. In 1992 they blamed the ozone hole on President Bush, and said it was going to kill us all. NASA predicted an ozone hole over North America that winter, and said “it is far worse than we thought.” There never was a Northern Hemisphere Ozone Hole, and the one over Antarctica has not changed in size since the CFC ban was implemented. 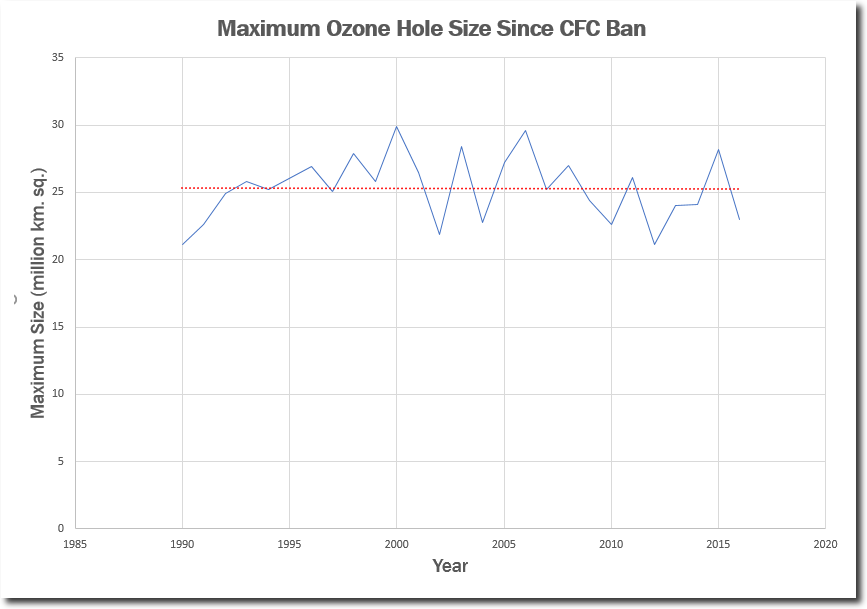 The Democratic Party is the largest crime syndicate in history.