Experts say that 2016 was the hottest year ever™.

During July and August last year, maximum temperatures at Oklahoma City averaged 13 degrees cooler in 2016 than they did in 1936. Every day except one was cooler than 1936. August 2nd afternoon temperatures have plummeted in the US since 1930. 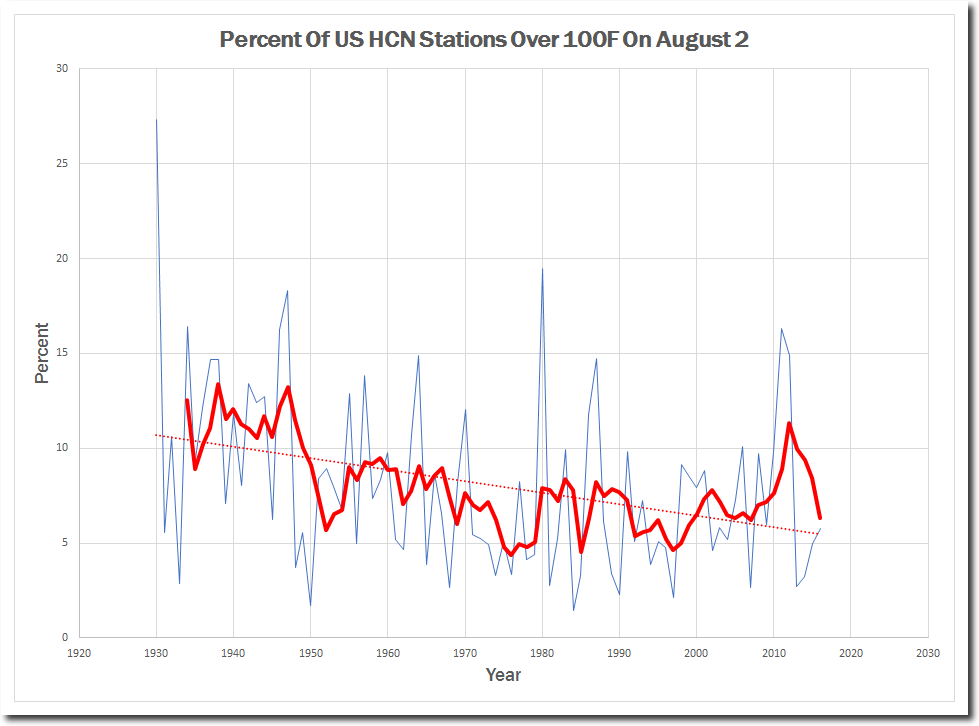 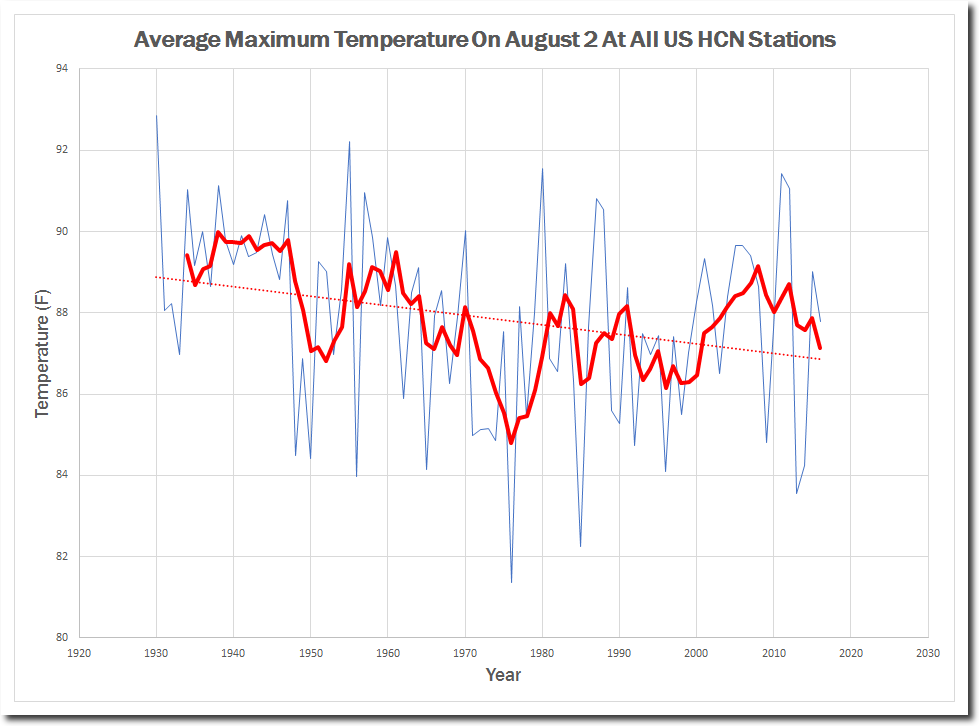 However, minimum temperatures have increased, mostly since 1990. 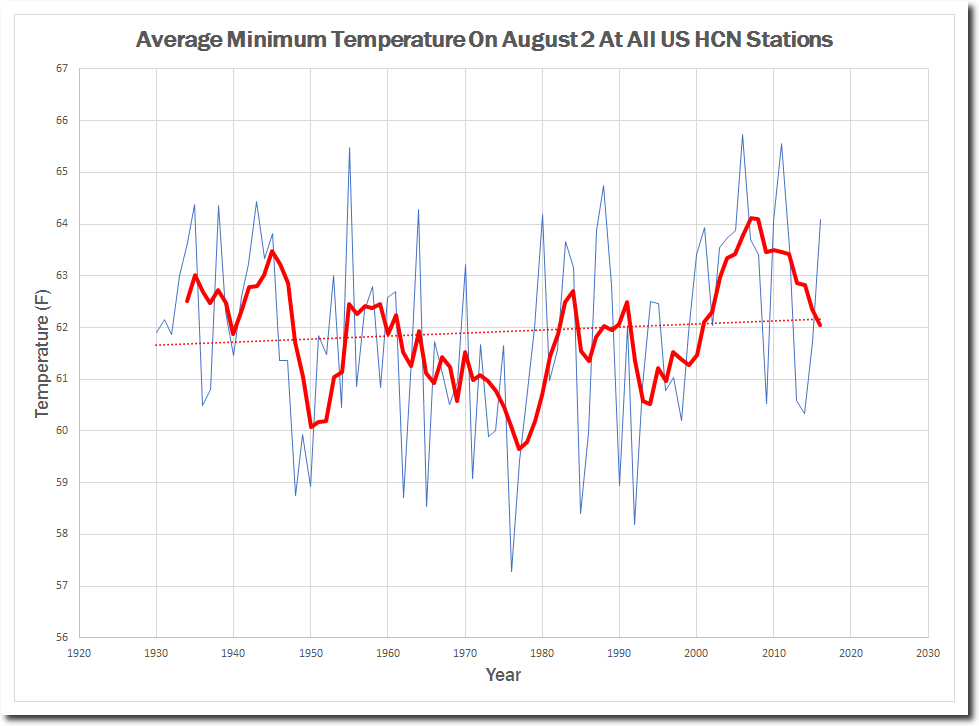 This is likely due to UHI effects including asphalt, irrigation and air conditioning. When I ride my bicycle out of open space and into a neighborhood on a still summer night, I immediately notice a sharp increase in temperature.