The heatwave of August 14, 1936 killed many people and brought temperatures up to 120 degrees. 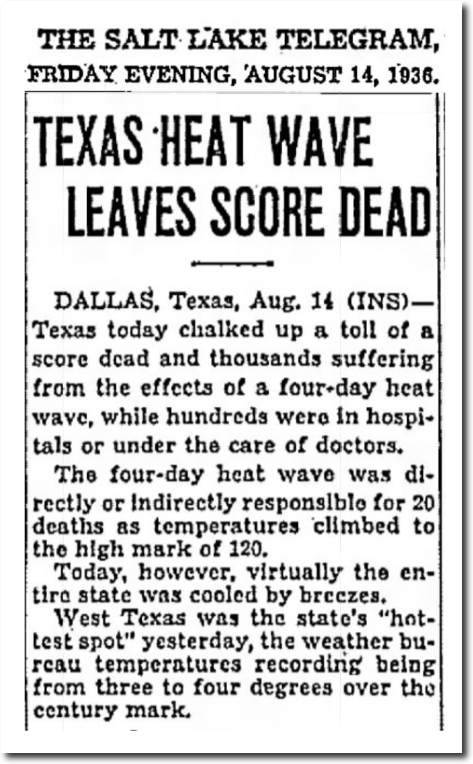 The entire central portion of the US was over 100 degrees, with Kansas at 115 degrees.. If this happened now climate scientists would say they were 100% certain it was your fault, and demand immediate world communism to solve the problem.

One Response to The Incredible Heat Of August 14, 1936