Posted on September 2, 2017 by tonyheller

Overall, initial figures suggest that Greenland may have gained a small amount of ice over the 2016-17 year.

Greenland and Antarctica are both gaining ice, yet experts say sea level rise is accelerating. They must believe in an extraterrestrial source of water. 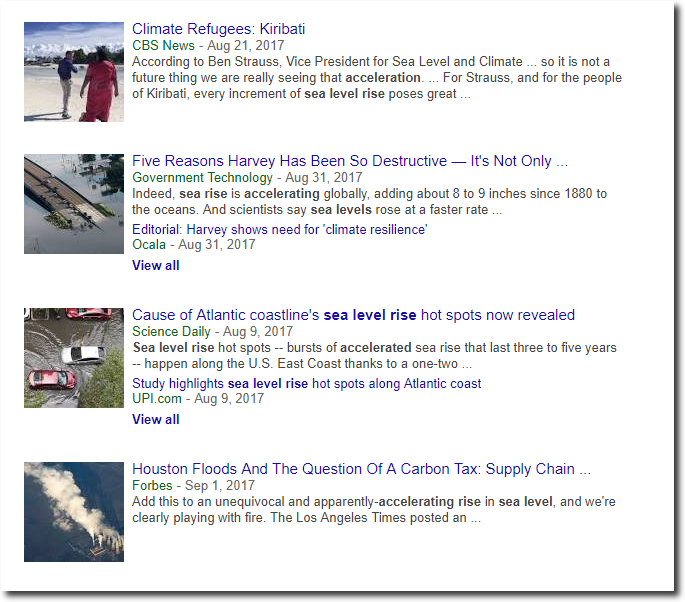