I pointed this out a few days ago.  The current weather in the US is almost identical to the weather on September 5, 1935 when America’s most intense hurricane hit Florida. 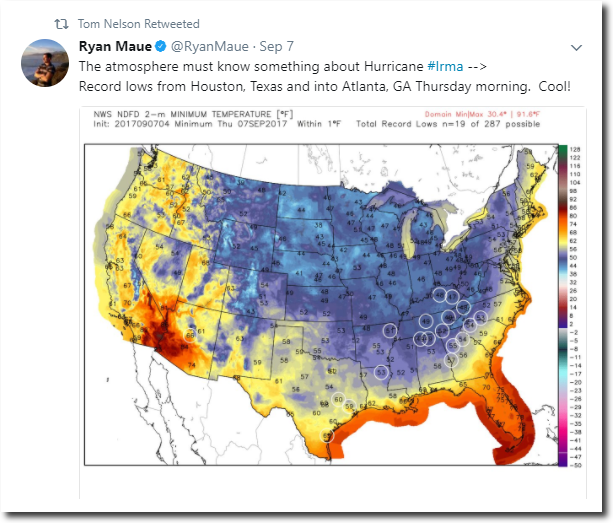