Seth Borenstein is one of the top purveyors of fake climate news.

Now he is pushing fake US temperature data. Note his little hockey stick after 1980. 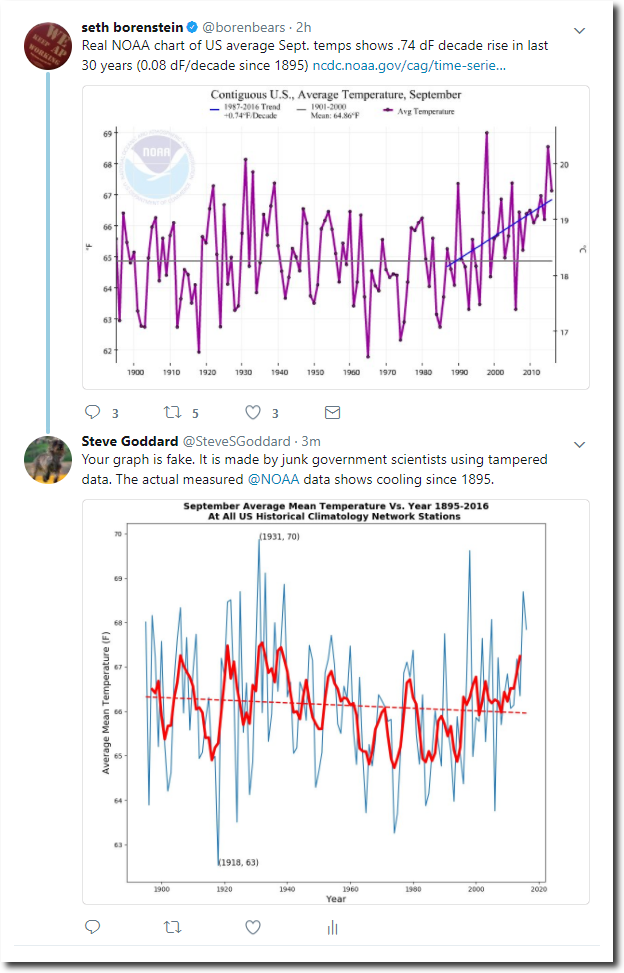 The graph below shows NOAA data tampering to the US temperature record, which also shows a hockey stick after 1980. The hockey stick is due to massive fraud by government scientists, not climate. As long as government scientists are willing to lie and cheat. Seth is willing to parrot their fake data and fake forecasts..