Posted on September 1, 2017 by tonyheller

Here is their current map. 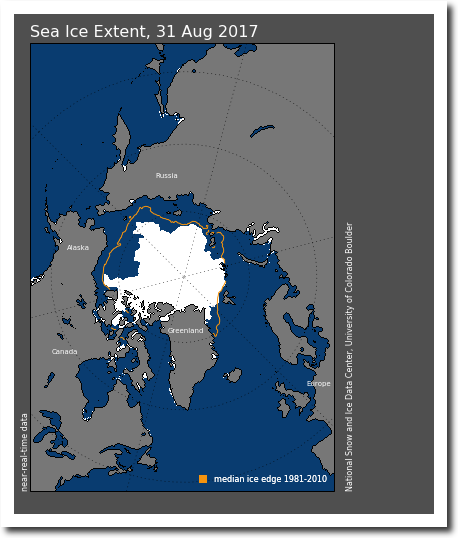 The image below overlays the current NSIDC map (green) on the 1971 National Geographic Map (red.) There is less ice in the western Arctic than 1971, and more ice in the Eastern Arctic But what is really interesting in the map above is the position of the NSIDC median ice edge line, which extends far outside the 1971 area. This is because NSIDC ignores all of the pre-1979 data, when sea ice extent was very low.

In the 1950’s experts thought the Arctic would be ice-free within a generation.

In order to create their fake linear trend graphs, they start right at the peak in 1979, and ignore all the prior data. Junk science doesn’t get any worse than that.

122 Responses to Small Reduction In Arctic Sea Ice Since 1971