Posted on September 2, 2017 by tonyheller

A DMI employee accused me of making up a fake DMI map yesterday after I posted a graphic showing how Arctic sea ice thickness and volume has increased since 2008.

Here was the original map 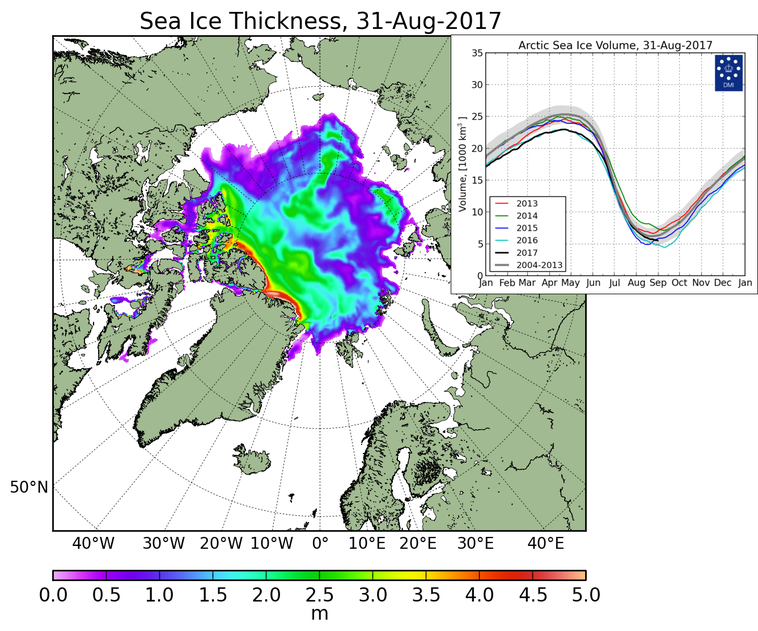 Here was my map. I masked out the thin ice because as every climate alarmist knows, thin ice isn’t important. The map I created is the one alarmists normally say they want to see. 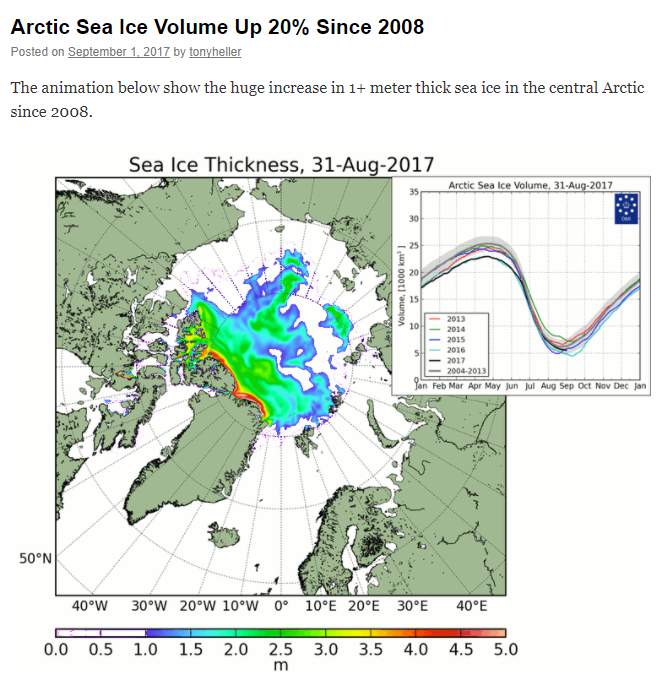 Ruth then made an incredibly stupid tweet where she agreed with me about the importance of thick ice, but thought she was disagreeing with me.

Then, every moron on the Internet jumped in, including Jim Hunt And finally Ruth went on this tirade, where Ruth said everything – except admit she was wrong. There was nothing wrong with my graphic. It showed exactly what I said it showed, which is also exactly what climate alarmists say they want to see. Then a DMI employee made a idiotic baseless accusation and piled on one ridiculous tweet after another.

But the funniest tweet of the day is her last one, where she begrudgingly admits that Greenland gained ice this year. 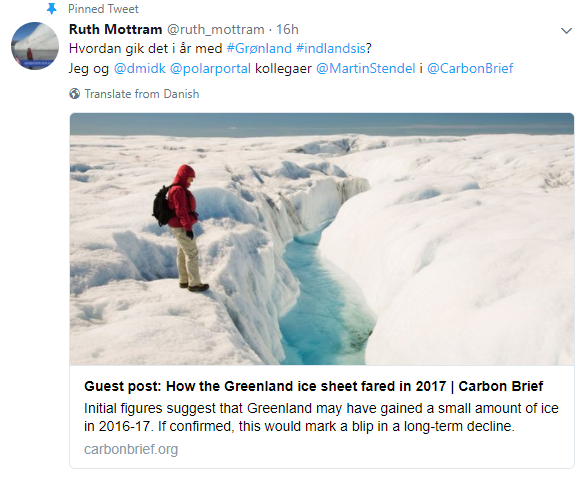 This sort of ridiculous behavior is exactly why I have zero confidence in government climate people. She made a scurrilous and incorrect accusation and then refused to retract or apologize.