Zeke Hausfather is the go to guy for climate fraud plausible deniability. Every time a story comes up about NASA/NOAA temperature adjustments cooling the past, he tells the press that NOAA adjustments actually warm the past. An example would be the urban heat island of Buenos Aires, where NOAA has indeed warmed the past. 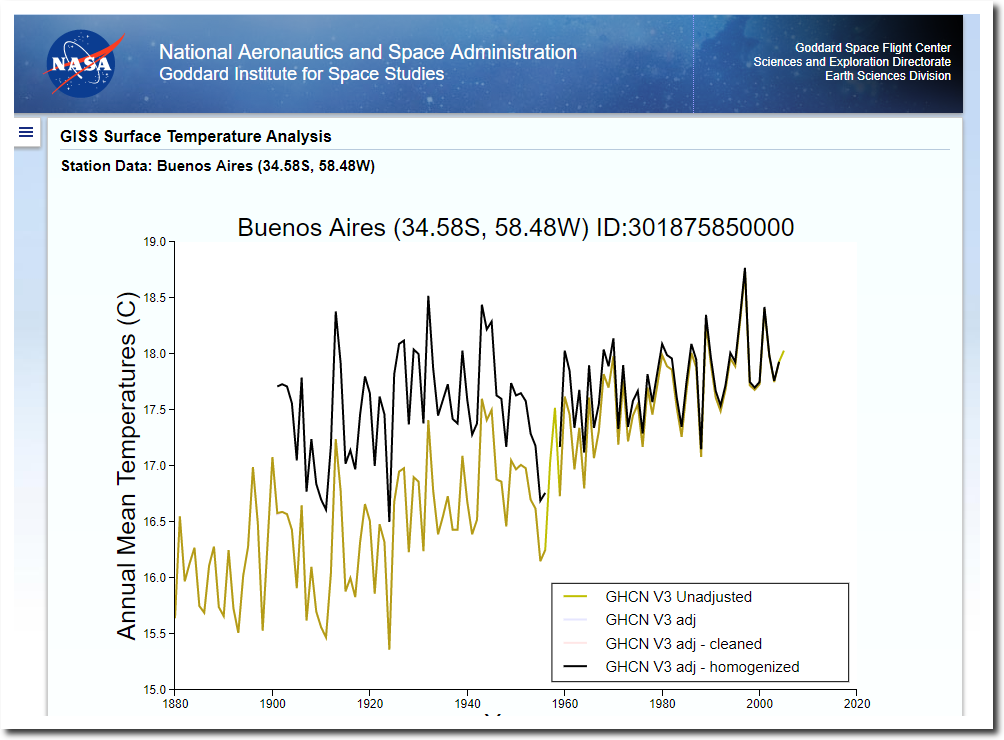 A closer look shows how Zeke is misleading the public.  In 1950 there were only about ten GHCN stations in South America with daily temperature data. Two of those stations were located near Buenos Aires. One was in Buenos Aires and the other was a rural location 35 miles away in Uruguay, which stopped recording in 1996. The rural station cooled by an equal amount. Both stations showed a decrease in the number of hot days. NOAA did warm the past in Buenos Aires, but not enough to account for UHI. They show warming around Buenos Aires, where they should show cooling. NOAA then homogenized the UHI infected Buenos Aires data into the nearby rural data, and turned a cooling trend into a warming trend.  They also filled in South America with imaginary warming data in countries where they didn’t have any thermometers. 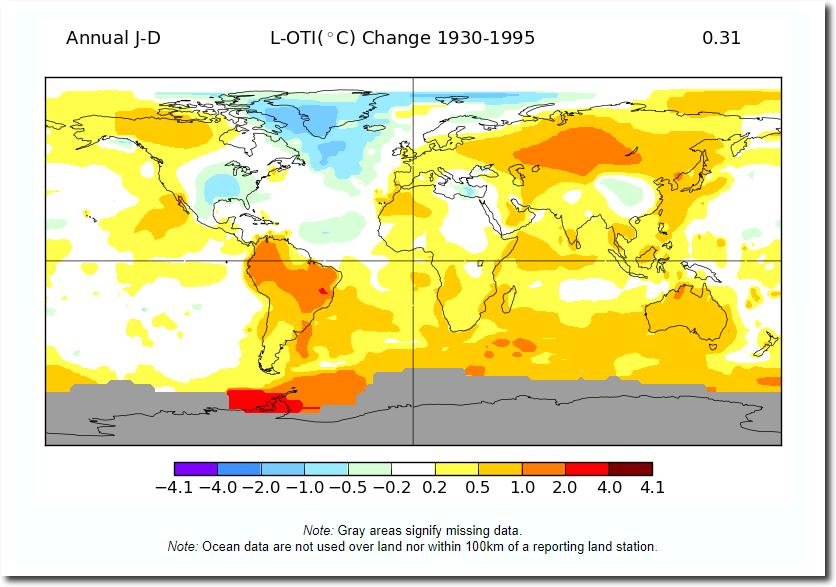 NOAA shows warming from 1930 to 1995 near Buenos Aires, where they should show cooling. Zeke tells a tiny percentage of the story, in order to justify the unjustifiable.