I attended the Women’s March on DC, wearing a Make America Great Again hat. I got called every obscenity in the book. Later, a Democratic acquaintance told me :

Nothing has changed. In the 1960’s Democrats told black people that they should have known better than to use the white rest room. 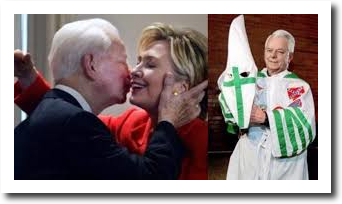 4 Responses to Famous Lines From Democrats