In 1947, Time Magazine reported glaciers were melting and Iceland’s ice was disappearing. 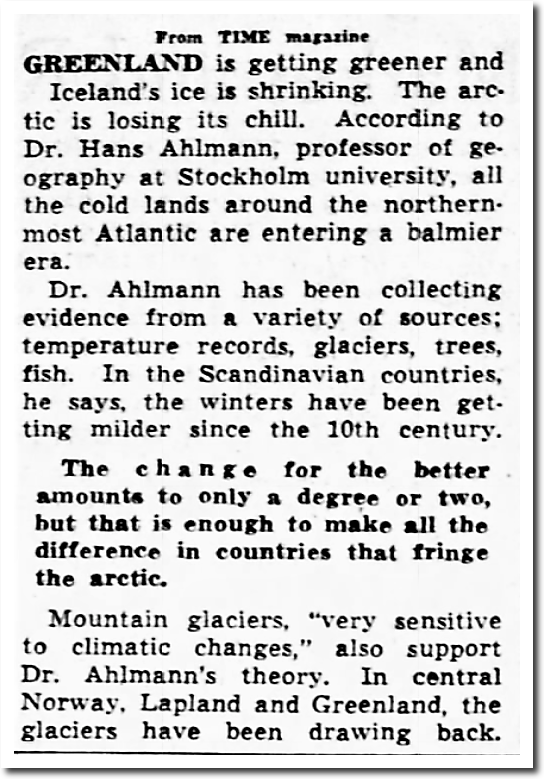 By 1974, the world was getting colder and Iceland’s ice was expanding.

Time Magazine reported the Arctic was getting colder and Arctic ice was expanding. They blamed all bad weather and the Polar Vortex on global cooling. NASA climate graphs are nothing but propaganda. They have nothing to do with science or climate.