Another success for President Trump. Climate scientists leaving the US and moving to France.

Quite a troupe of well paid traveling clowns. This one particularly caught my attention.

“I jumped at the promise of a five-year contract!” said Alessandra Giannini, a professor at Columbia University’s Earth Institute who studies the effects of warming oceans on Africa’s Sahel region.

Giannini’s research has conclusively demonstrated that the persistent drought that afflicted the Sahel region in the 1970s and 1980s could be tied to rising sea surface temperatures worldwide.

Had Giannini done any actual research, she would have known that drought in the Sahel during the 1970’s was caused by global cooling, not global warming. The entire premise of her research is bogus.  How many millions of dollars have been wasted by her doing research which can be proved wrong by five seconds on Google? 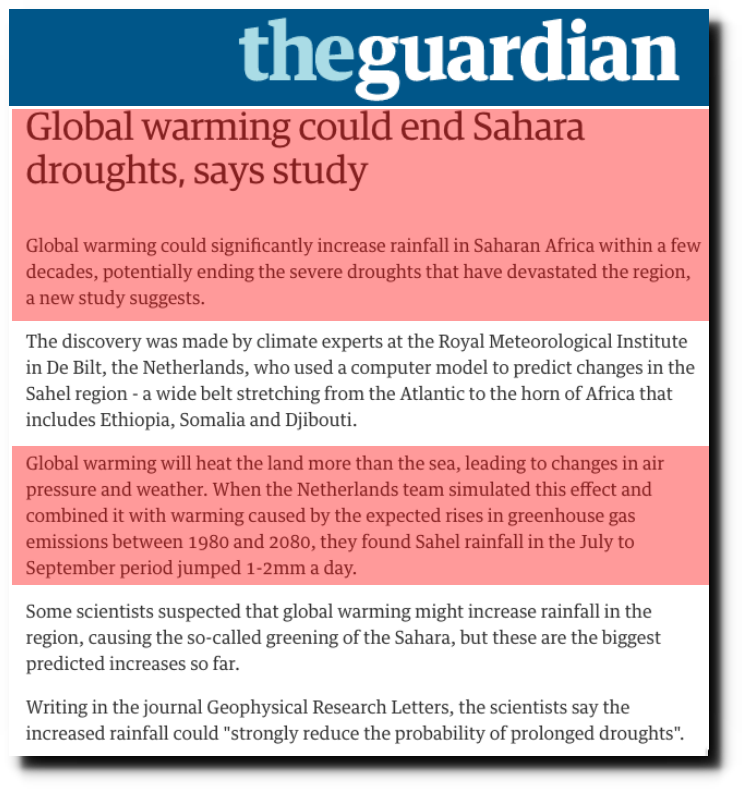 Giannini is hoping for another 20 years of junk science funding.

Giannini plans to do an additional 15 to 20 years of research — “I love my job!” she wrote. But she said over the past 15 to 20 years, it had already become harder to obtain federal funding,

Giannini said, however, that “we should do all we can to curb the warming. Otherwise I am convinced that the ice caps will melt, and there will be no going back.”

Our gain is France’s loss. Pack up your thirteen ring climate circus – and go.

18 Responses to Draining The Climate Swamp