I regularly document how the New York Times blatantly misinforms their readers about climate.  They are getting just as desperate with their attempt to overthrow the president, accusing him of divulging classified information to the Russians. The information was about an ISIS plot, and the New York Times cited an anonymous (of course) official as saying it could damage US/Israeli relations. There was nothing inappropriate about what the president did, and he has the best relations with Israel of any president. The claim above “divulged classified intelligence to Russians in the Oval Office” is just another desperate smear attempt. Then the New York Times article makes Rosenstein look like an innocent victim of his own anti-Comey memo, saying “he feared he had been used.”  This is the exact opposite of what occurred. Rosenstein prepared the memo to set up the president, get Comey fired, and then use it as the excuse to appoint Mueller.

Here is what the New York Times wrote at the time of the firing, in article titled “Deputy Attorney General’s Memo Breaks Down Case Against Comey”

I don’t know what they are worried about though. According to the New York Times, Manhattan drowned 70 years ago, and the North Pole has been ice-free for almost 20 years. 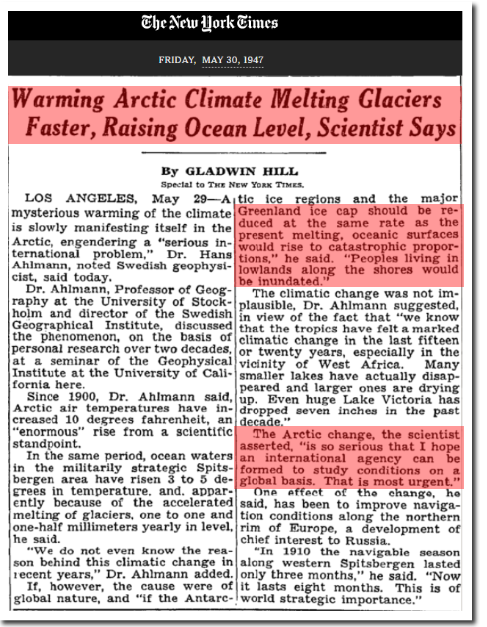 22 Responses to The Deep State Propaganda Machine At Work