Climate experts say Mt. Snowdown will be snow-free by next year. 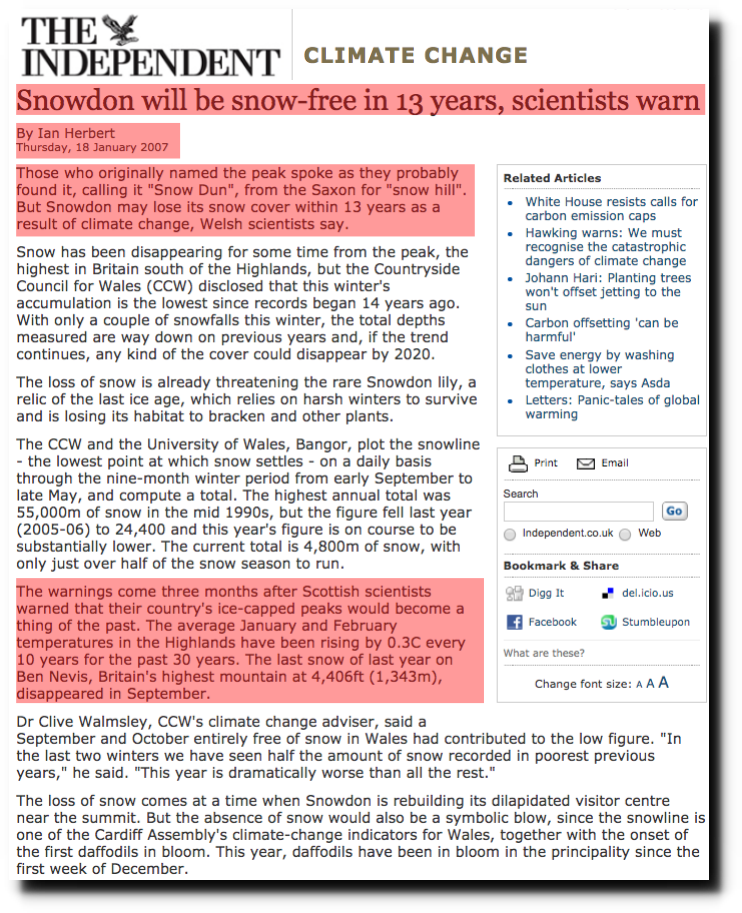 Snowdon will be snow-free in 13 years, scientists warn – Climate Change, Environment – The Independent