The Footprint Of Global Warming 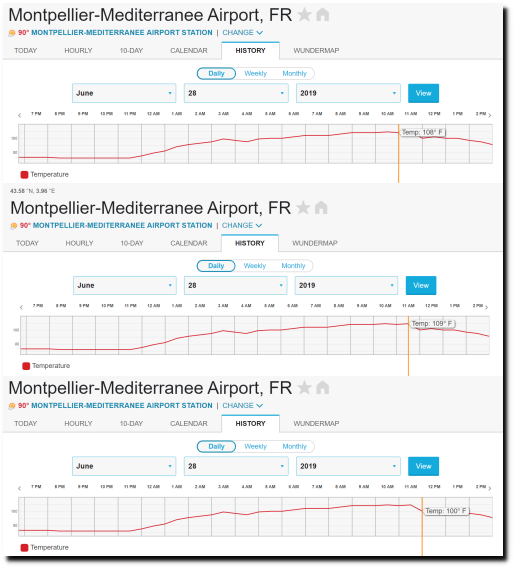 So for a few minutes, the temperature was a shocking 1F higher than 1935, when France was hot and Japan was flooding. 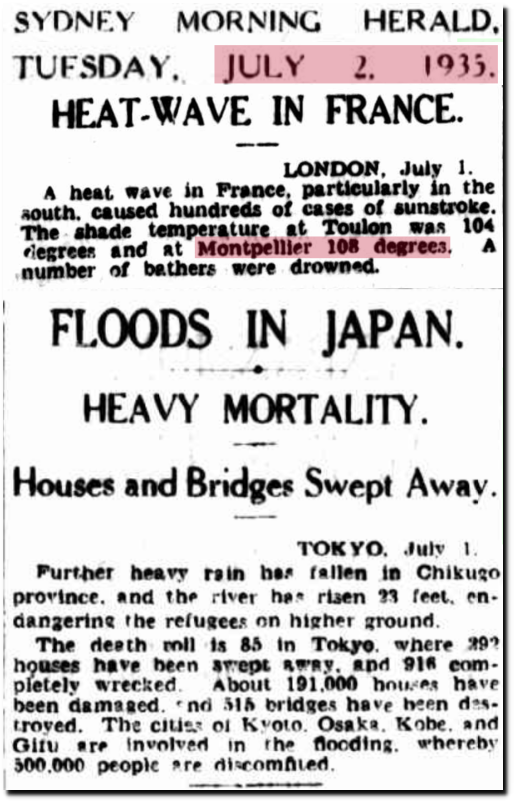 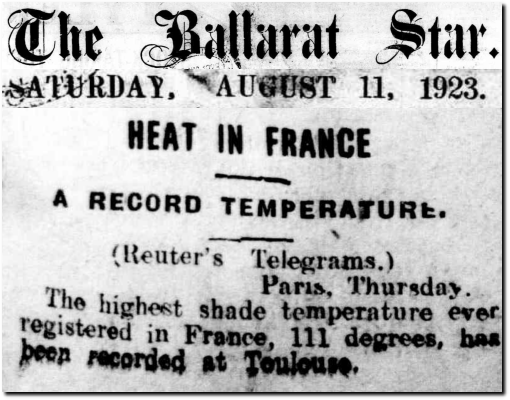 Paris has been nowhere close to record heat. Today is the last day and peak of the heatwave there, with a forecast high of 96F. They have had 164 days since the year 1900 hotter than that, including seven days over 100F. There can be little doubt that a half hour long surge of heat at a tiny area in France shows the planet is doomed.

8 Responses to The Footprint Of Global Warming