On July 26, 1934, thirty states (including Alaska) were over 100 degrees.  The only state which didn’t make it above 90 degrees was Rhode Island. Many people died, and Dayton, Ohio never cooled below 80 degrees over a two day period. 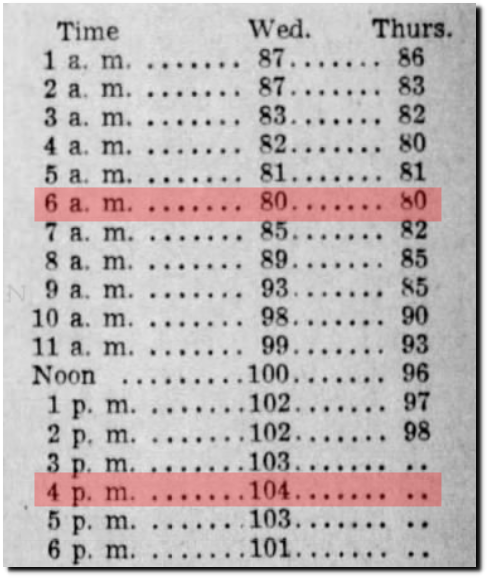 There hasn’t been a really hot July 26 in over 60 years, and weather as hot as the 1930’s is inconceivable now. 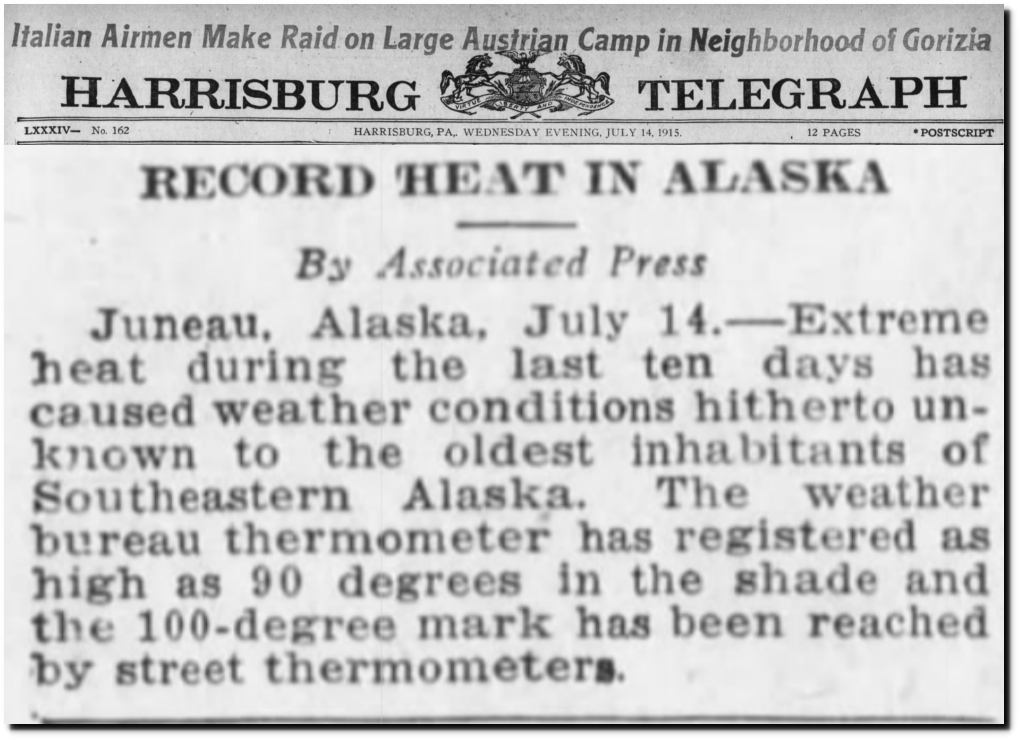 But the press is certain that 90 degrees in southern Alaska is a sign of the apocalypse. They scan the globe for one localized hot temperature to prove that weather is climate.