It was also the hottest July 18 across the entire country. 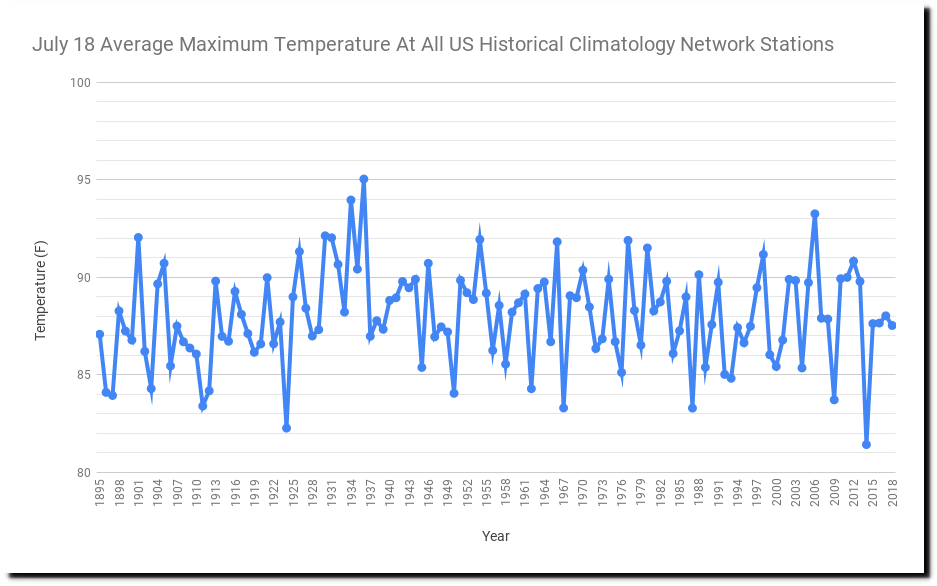 Meanwhile, the Denver Post says the Denver Airport could reach 100 degrees tomorrow, which they say would be near an all-time record and would be due to global warming.

One hundred degrees actually happens almost every year at the Denver airport, and is five degrees cooler than the 105 degrees downtown Denver reported on August 8, 1878. A record that has never been beaten, despite the fact that the airport site is three to five degrees warmer than downtown.

The breathtaking level of ignorance and stupidity among climate reporters, seems to know no bounds.