During the three weeks from August 8-28, 1936, Clinton, Missouri was over 100F every day, including ten days over 110F. The average maximum temperature was 109F. 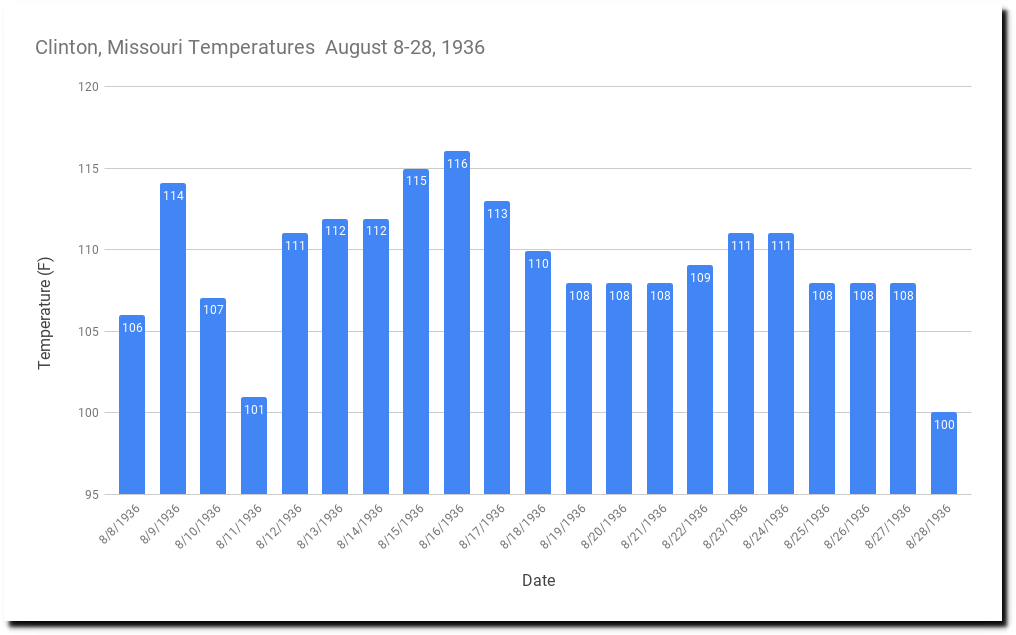 Temperatures have been plummeting since the 19th century, with this year (AKA “hottest year ever”) averaging more than twenty degrees cooler than 1936.  The only other year which came close to 1936 was 1913. 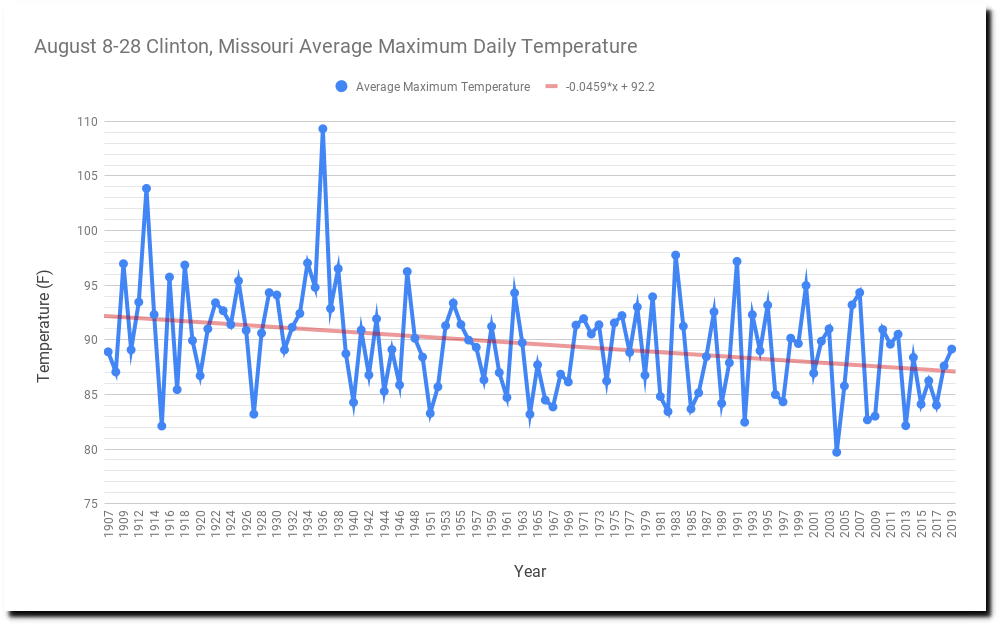 August temperatures were much hotter when CO2 was close to pre-industrial levels. The weather man said “something is wrong” with the weather.

Weather like that is incomprehensible now to most Americans, which is what NASA and NOAA are counting on when they try to erase it.