In a December 2018 article, NASA claimed that Arctic sea ice had lost two-thirds of its thickness since 1958. 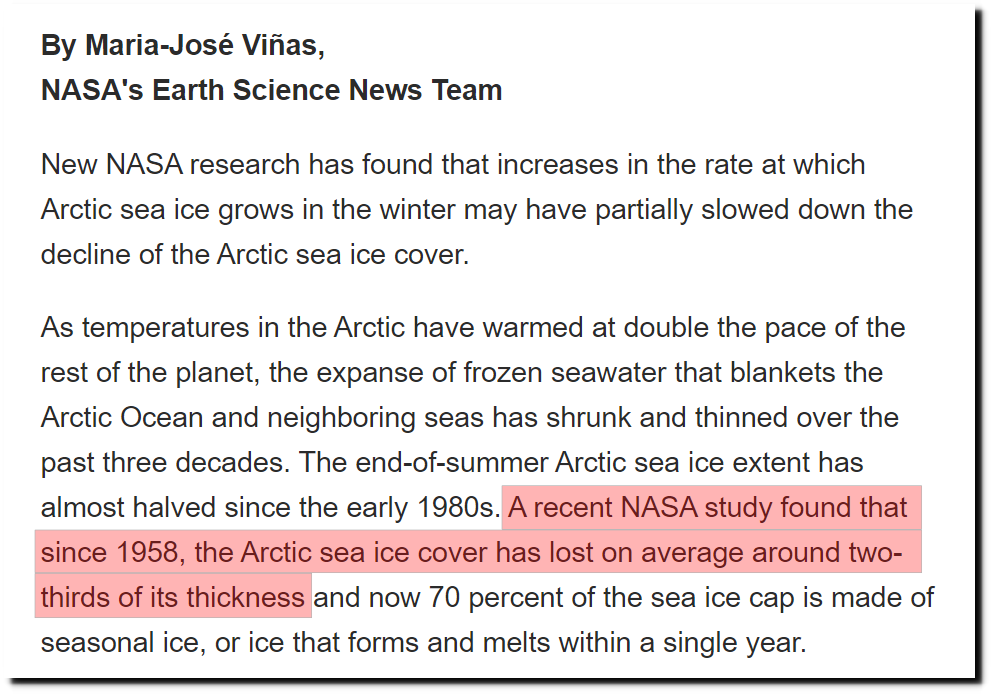 That claim is simple enough to check out.  In 1958, Arctic sea ice was 7 feet, or two meters thick. Scientists were forecasting an ice-free Arctic within a generation.

On the date of the NASA article, Arctic sea ice also averaged about two meters thick – indicating little or no change since 1958. 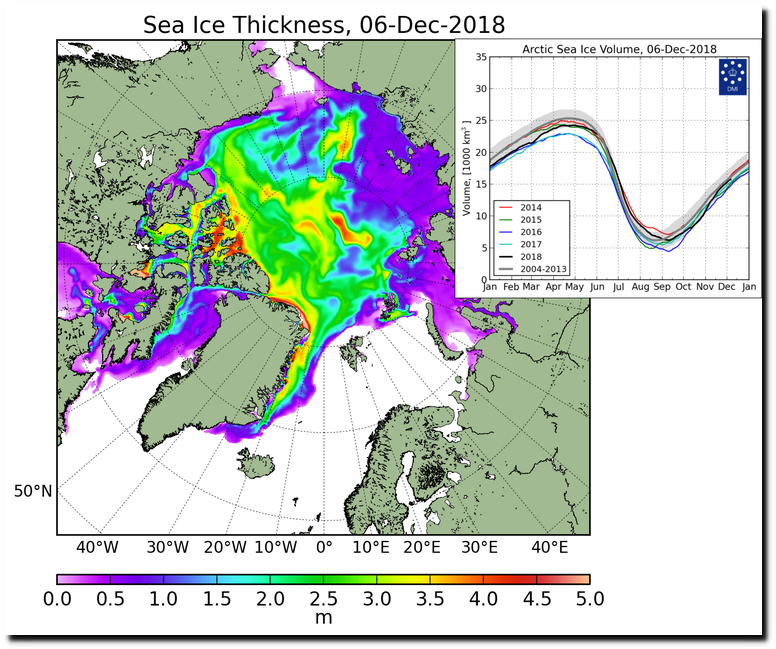 In the 1985 DOE Report, Vinnikov showed that Arctic sea ice declined sharply until the century low in the mid-1950s, and then started to increase again.

Vinnikov extended his numbers in the 1990 IPCC report. The decline in Arctic sea ice from the 1920s until the 1950s was widely reported. The subsequent cooling and increase in sea ice after after the 1950s, was also widely reported. 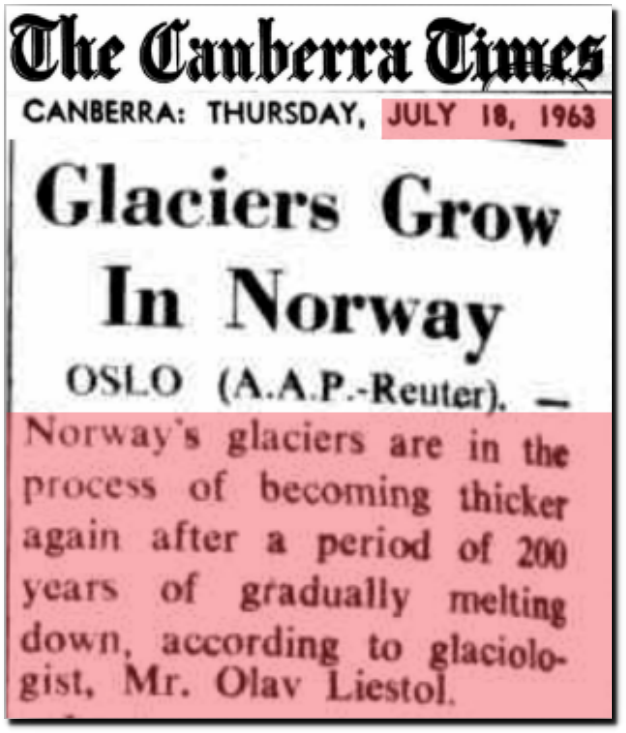 Arctic sea ice growth over the past month has been second fastest in the MASIE recard – just behind  last year.

It appears that NASA simply made up the 1958 number, and assumed that no one would do any fact checking.

9 Responses to “A NASA Study Found”