According to the Chicago Tribune, climatologists say the Great Lakes region is wettest on record this year, getting wetter, has warmed 2.3 degrees since 1951, and it is due to global warming . 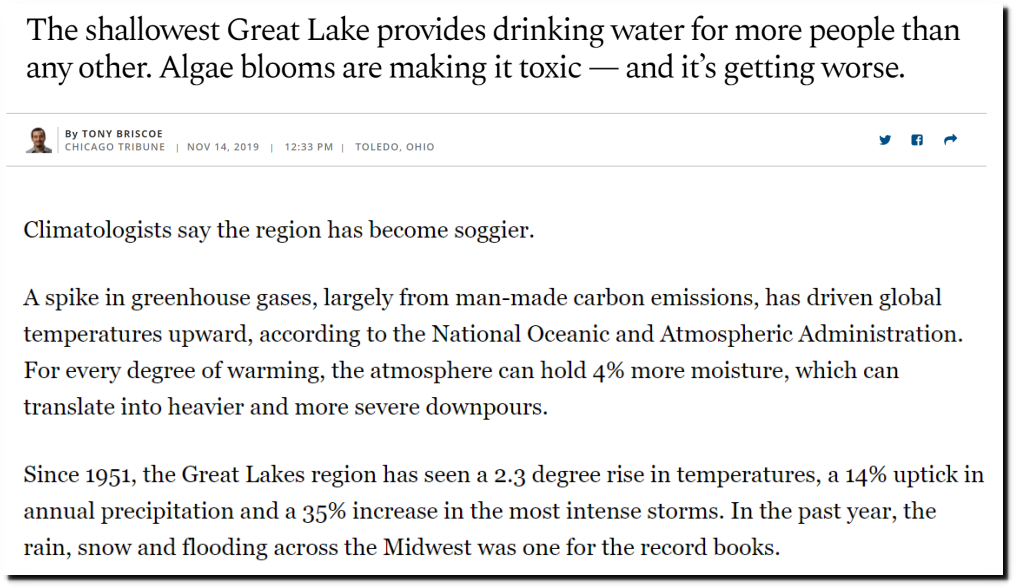 Now let’s compare that to reality. In 1988, when climatologists started the global warming scare before Congress, they predicted drought for the  Midwest. 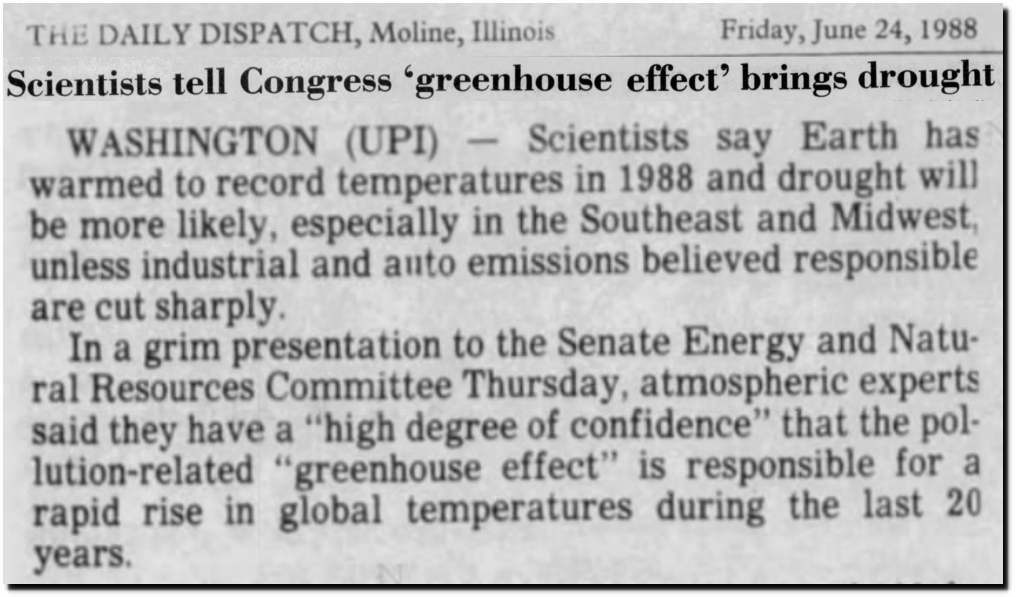 They also predicted water levels in the Great Lakes would fall by eight feet. Instead, water levels are at a record high.  No problem for climate alarmists though – they simply blame their incompetence on climate change. The vast majority of the warming which NASA says has occurred over the past 40 years has been in the Arctic winter, where there is very little moisture in the atmosphere. Warming the Arctic from -30C to -25C has almost no effect on atmospheric moisture content. 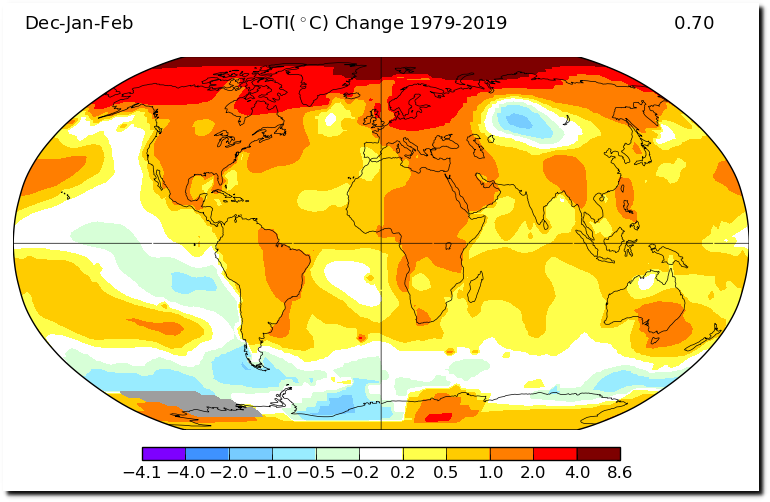 Weather is regional – blaming precipitation in the Great Lakes region on largely meaningless global statistics is not science. Over the past century, maximum temperatures in that region have declined sharply. The claimed 2.3 degrees warming in that region is incorrect, and an incredibly dishonest cherry-picked start date. This year has been very wet and cool in the US. Average maximum temperatures over the past 12 months have been fourth coolest on record. 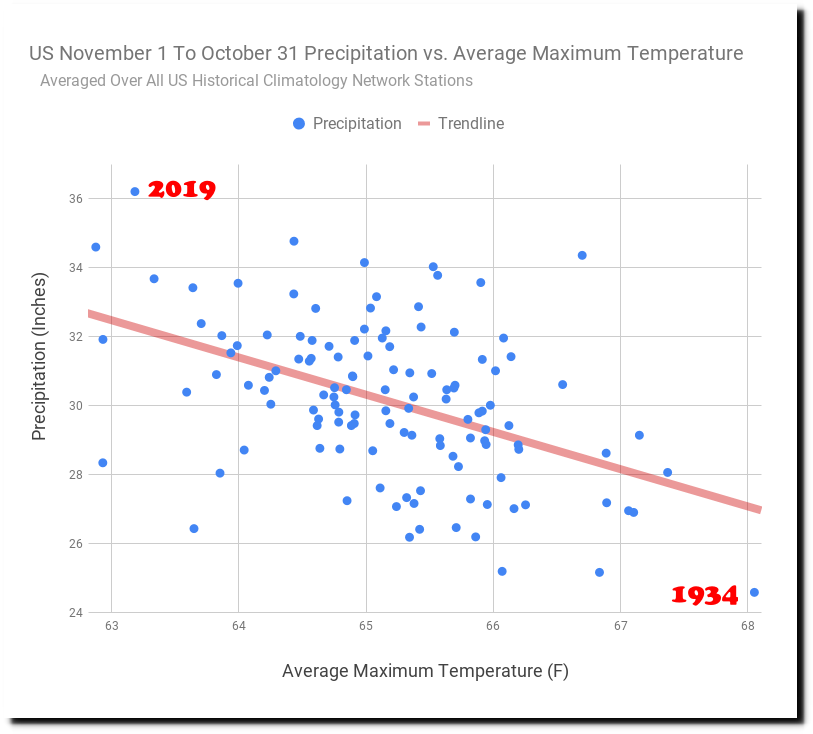 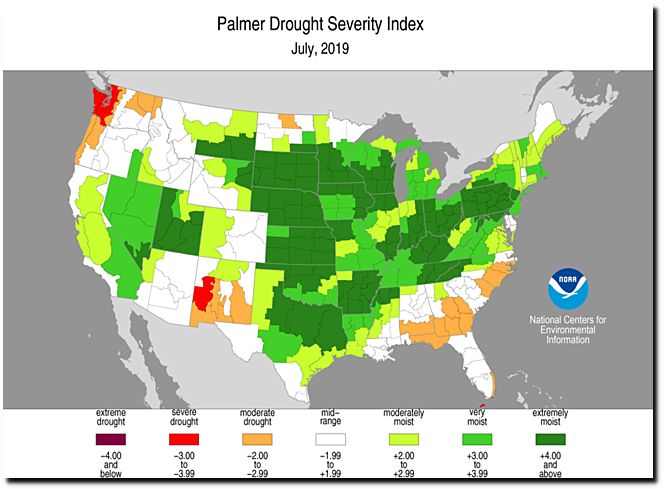 Most precipitation is associated with cold air.  Rain and snow falls when cold fronts arrive, because cooler air can’t hold as much moisture. The exact opposite of the logic being used by climatologists.

17 Responses to Climatologists Vs. Science