The History Of NASA/NOAA Temperature Corruption

In 1974, The National Center For Atmospheric Research (NCAR) generated this graph of global temperatures, showing a large spike in the 1940’s, rapid cooling to 1970 and net cooling  from 1900 to 1970. 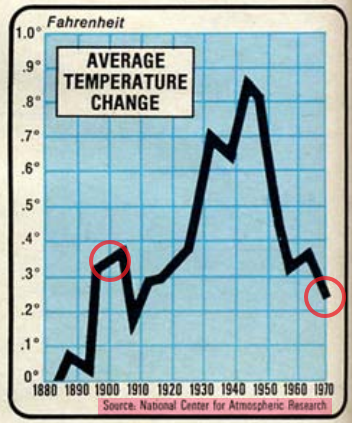 In 1975, the National Academy of Sciences published a very similar graph for Northern hemisphere temperatures, which also showed net cooling from 1900 to 1970. 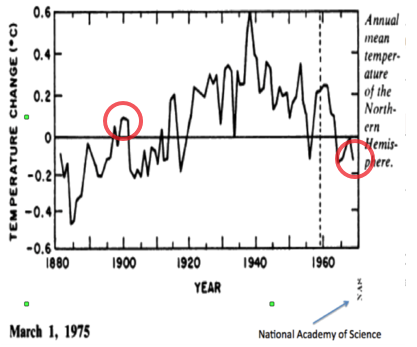 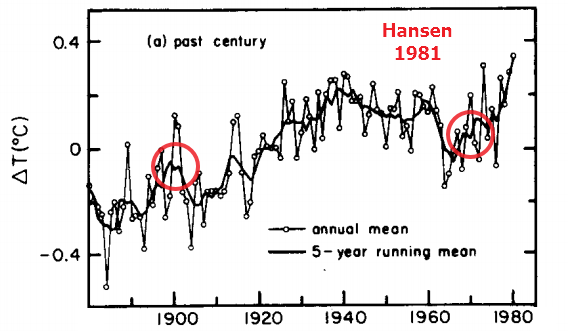 Not surprisingly, this change coincided with James Hansen’s interest in demonstrating a CO2 driven warming trend. 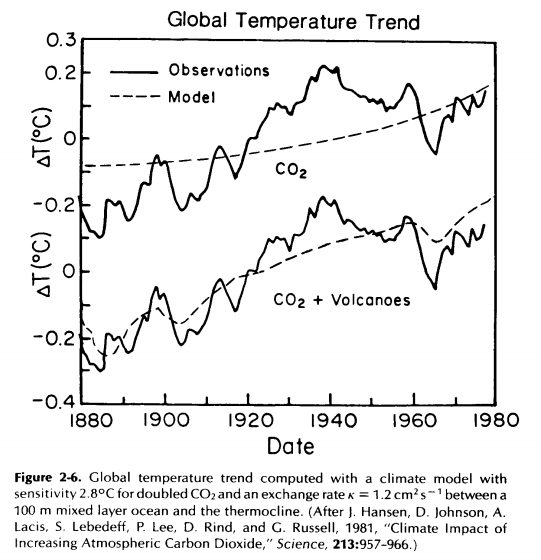 This pattern of NASA making the past cooler and the present warmer has occurred repeatedly since NASA became chartered with proving global warming. The past keeps getting colder. The next graph shows how 1880-2000 global warming has been doubled since 2001, simply by altering the data. This graph is normalized to the most recent common years of the 1990’s. 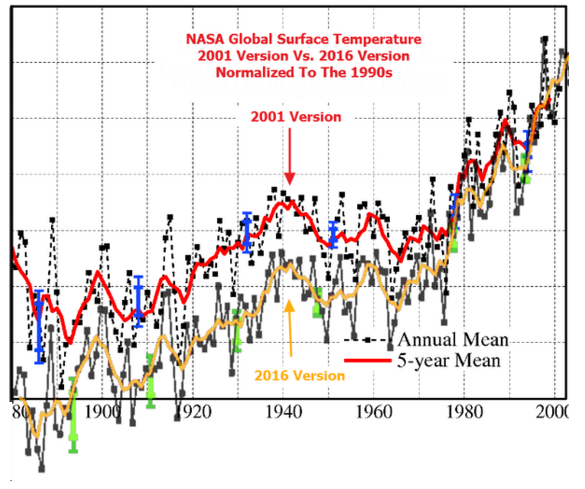 The NASA temperature data is based on NOAA GHCN (Global Historical Climatology Network) data.  The map below shows where their stations are located, with gray representing no data. They are missing data for about half of the Earth’s surface including most of Africa, Antarctica and Greenland.  The only places with complete coverage are the US and Western Europe.  The gray areas are filled in with computer modeled temperatures, meaning that about 50% of the global data used by NASA and NOAA is fake.

The US temperature record has been similarly altered. In 1999, James Hansen reported 0.5C US cooling since the 1930’s. 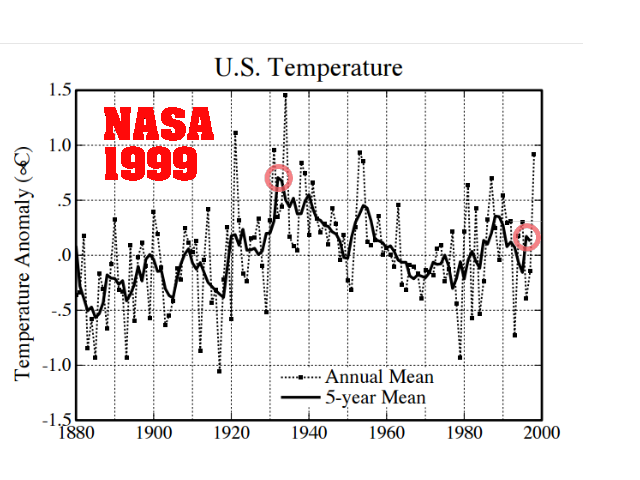 in the U.S. there has been little temperature change in the past 50 years, the time of rapidly increasing greenhouse gases — in fact, there was a slight cooling throughout much of the country (Figure 2)

The current NASA graph has eliminated the 1930-1999 cooling. 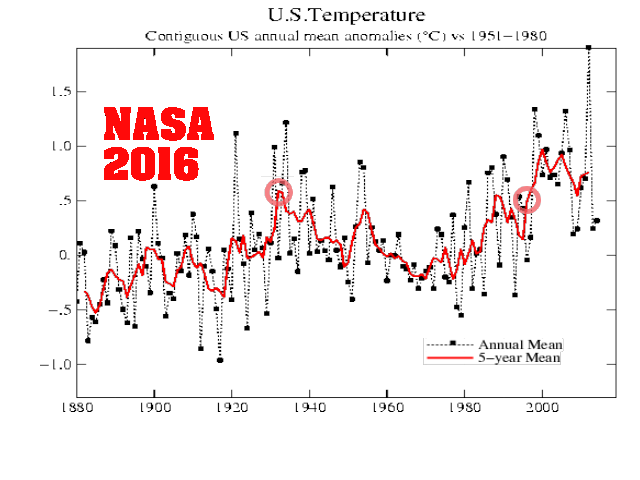 The animation below shows how NASA has altered their own data to make the post-1930’s cooling disappear.

The graph below overlays the 1999 and 2016 versions, normalized to the most recent common years in the 1990’s. It shows how the past has been cooled to create a fake warming trend. 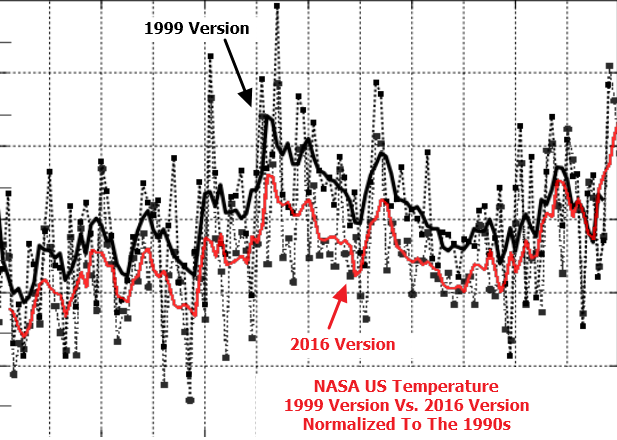 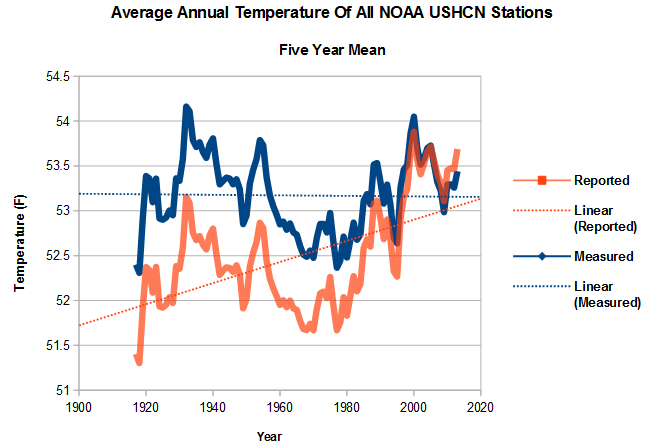 The graph below shows the hockey stick of adjustments being made to US temperatures since 1980. This is calculated as the red line in the image above minus the blue line above. 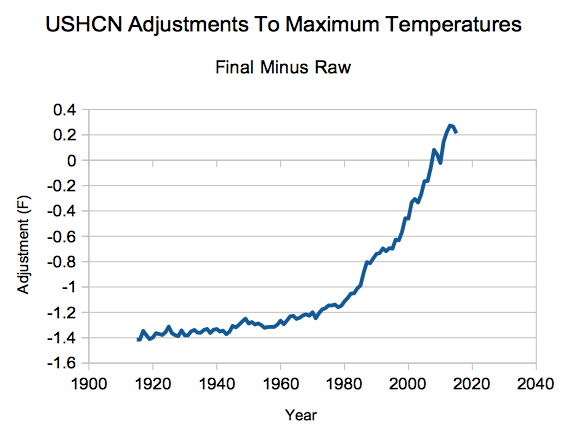 The bulk of the data tampering is being done by simply making temperatures up. If NOAA is missing data for a particular station in a particular month, they use a computer model to calculate what they think the temperature should have been. In 1980 about 10% of the data was fake, but now almost half of it is fake. 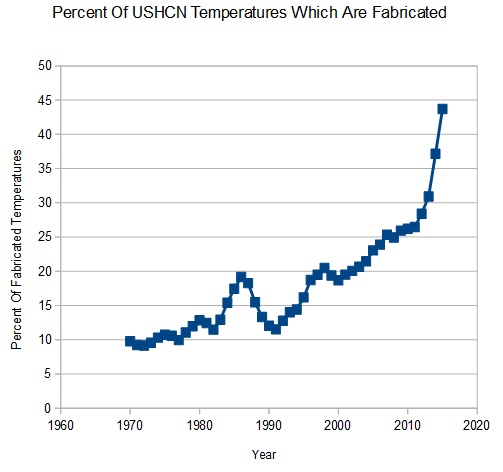 And here is the smoking gun of fraud. The adjustments being made correlate almost perfectly to the rise in atmospheric CO2. The data is being tampered with to match greenhouse gas warming theory. 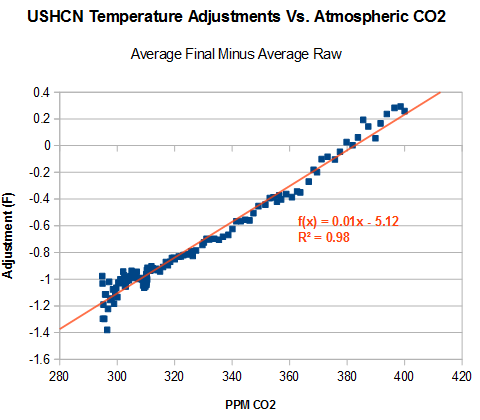 Evidence is overwhelming that the US used to be much hotter. Prior to 1960, the frequency of hot days in the US was much larger. The graphs below were generated from the same NOAA data sets used in the graphs above. 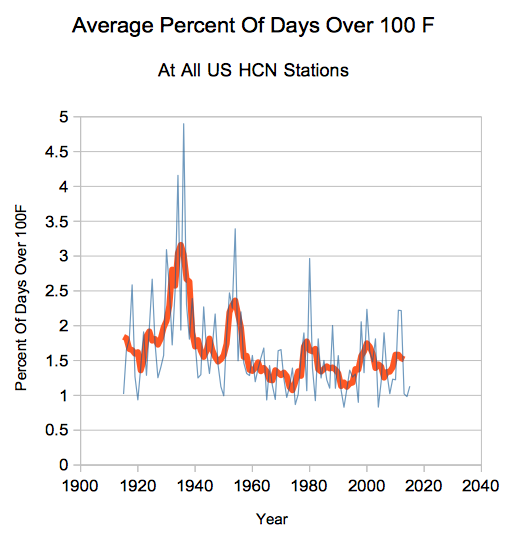 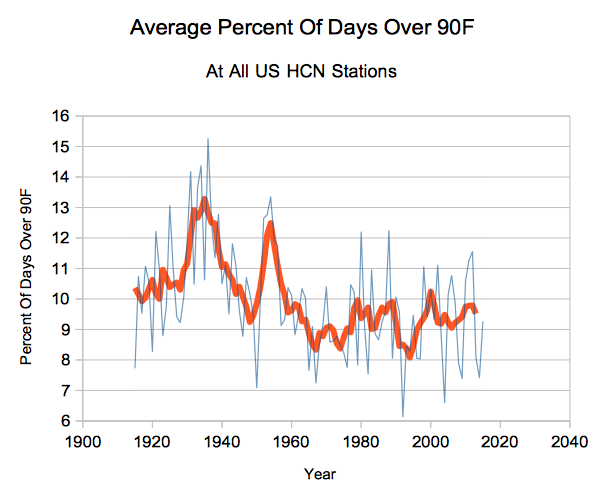 The areal coverage of hot weather in the US was also much larger prior to 1960. 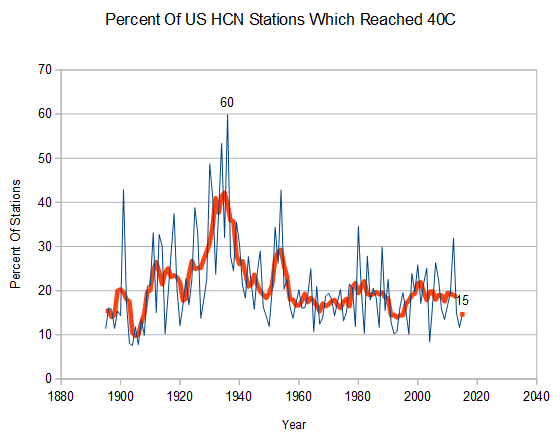 The surface temperature record presented by NASA and NOAA have little or nothing to do with reality. They are tools used by the White House to push their political agenda.

6 Responses to The History Of NASA/NOAA Temperature Corruption