Last summer, University of California scientists made this hysterical claim about the Zachariae Isstrom glacier in northeast Greenland. 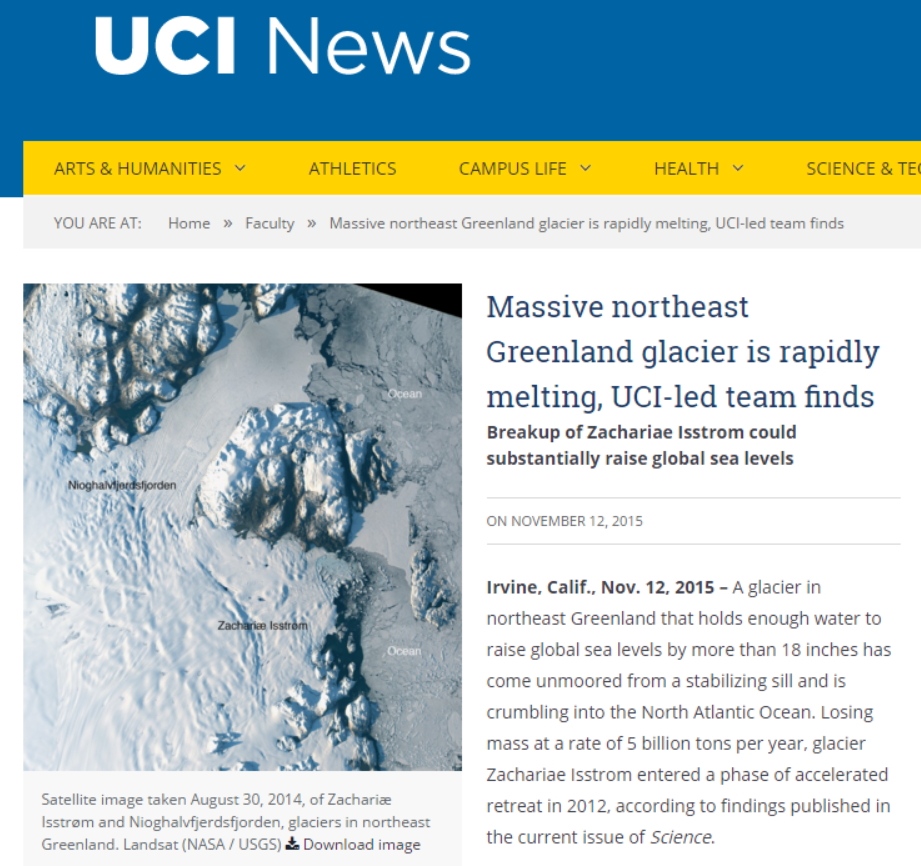 It’s a great story, only problem is it is a complete fabrication. If anything, the glacier has grown since 2012.

In 1940, scientists reported that glaciers in Northeast Greenland were receding very rapidly, and were “nearing a catastrophe.“ 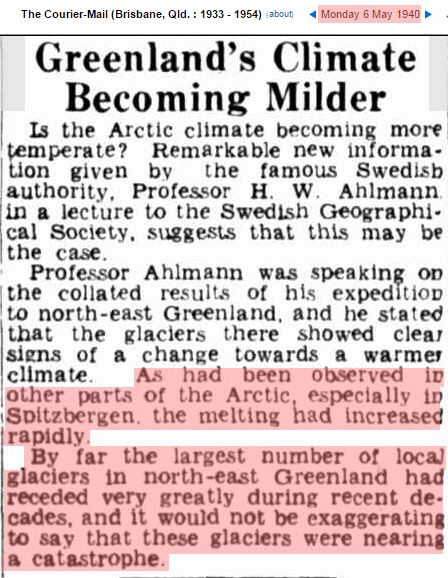 The glaciers are still there, there is no catastrophe, and the only thing that has changed is that the fraudsters at NASA have erased the 1940’s warmth in that region.

If the glaciers were receding rapidly in 1940 and are not now, then it must have been warmer in 1940 than it is now. But logic and data are not a part of the criminal venture known as “climate science.”